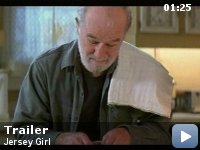 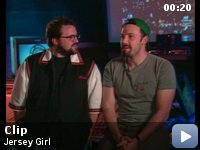 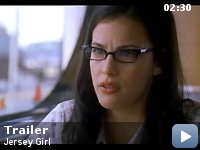 After his career is sidelined from an unexpected tragedy and a personal blowup, a single man must take care of his precocious daughter.

Storyline
Ollie Trinkie is a publicist, who has a great girlfriend, Gertrude, whom he marries and they are expecting a baby but while he is looking forward to being a father, he doesn't lighten his workload. Gertrude gives birth but dies in the process. Ollie doesn't live up to his responsibilities as a father. Eventually the strain and pressure of losing his wife and being a father gets to him and he has breakdown, which leads to his termination. So with nothing much to do he tries to be good father to his daughter, Gertie. He also meets a young woman name Maya, who likes him but he is still not over his wife.

Taglines:
He wanted it all…but he got more than he bargained for.

One of the rooms of the house has a wall of framed black-and-white photographs. Some of these are young photos of George Carlin himself, most noticeably a bust shot of him dressed for the Air Force, which he had joined at the age of 18.

Continuity:
While Gertrude is putting on her earrings during her fight with Ollie, she leaves the room without having put the left earring on. In the next shot of her in the next room, there is an earring in that ear.

Teacher:
Everyone, please take your seats. You heard the bell. You know what it means. Last week, the assignment was to write an essay about your family. Who they…

I left this on the shelf far too long


So after reading many a disconsolate review from Kevin Smith fans I
decided to purchase the DVD anyway. Yet all the negative comments had
left their toll on me and the DVD stayed on the shelf in its shrink
wrapper for FAR TOO LONG. You motor heads! Yes this movie is sweet and
yes it's sometimes even sickly but it's endearing and moving. Ben
Athleck switches in and out of competence a few too many times to make
his performance IMO a completely solid one but frankly he does a good
job of holding all the disparate threads of the movie together.


If you want to live in 1994 dick & fart jokes then simply put Clerks in
the DVD player and play it again! However each of Kevin's films go
someway in their own right into the exploration of inter-personal
relationships and the impact of consequence in our daily lives. Jersey
Girl is no different in this respect than Clerks.