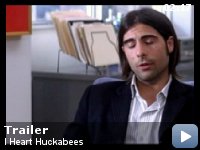 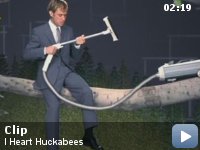 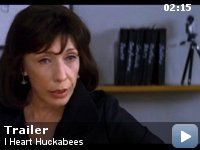 A husband-and-wife team play detective, but not in the traditional sense. Instead, the happy duo helps others solve their existential issues, the kind that keep you up at night, wondering what it all means.

Storyline
Determined to solve the coincidence of seeing the same conspicuous stranger three times in a day, Albert hires a pair of existentialist detectives, who insist on spying on his everyday life while sharing their views on life and the nature of the universe.

Boom mic visible:
As Bernard discusses with Albert how his nose has no beginning and no end, you can see the boom mic in the reflection of the sunglasses on top of Vivian's head just as the scene ends.

Albert Markovski:
Motherfucking cocksucker motherfucking shit fucker what am I doing? What am I doing? I don't know what I'm doing. I'm doing the best that I can. I know that's all I can ask of myself. Is that good enough? Is my work doing any good? Is anybody paying attention? Is it hopeless to try and change things? The African guy is a sign, right? Because if he isn't, than nothing in this world makes any sense to me. I'm fucked! Maybe I should quit. Don't quit! Maybe I should just fucking quit. Don't fucking quit! I don't know what the fuck I'm supposed to fucking do anymore! Fucker! Fuck shit!


One of the biggest influences for the ideas presented in David O.
Russell's 'I Heart Huckabees' was 9/11. He is quoted as saying in Film
Comment Magazine, 'For about two months after 9/11, people were asking
really profound questions about reality and existence-and then it was
back to business as usual.' Indeed this seems to be the case whenever
bad things seem to happen in life as people search for the reasoning
behind the events and for a meaning to their own existence.
Disillusionment often takes place for many affected by tragedy, as has
happened to the characters in 'I Heart Huckabees.' From an activist
fighting urban sprawl to a firefighter blaming the worlds ills on
petroleum hungry nations, 'I Heart Huckabees' presents profound
questions about existence with a unique comic approach.


After seeking the reasoning behind a coincidental meeting, Albert
(Jason Schwartzman), an activist/poet, seeks the help of some
existential detectives, Bernard and Vivian (Dustin Hoffman and Lily
Tomlin). They agree to study his case by spying on his every day
activity and getting into his psyche. In an attempt to help Albert seek
answers to his profound questions, Bernard and Vivian join Albert with
a disillusioned firefighter named Tommy (Mark Whalberg) who seeks
answers to the same questions on life. However, Tommy has a strong bias
that all the world's problems result from the exploitation of
petroleum. During their investigation into Albert's life, Bernard and
Vivian realize that Albert's problems often stem from his struggle to
fight the Huckabees Corporation from building on the lands Albert tries
in vain to protect- particularly with a corporate salesman named Brad
(Jude Law). As Bernard and Vivian further investigate, they realize
that Brad and his girlfriend Dawn (Naomi Watts), the sexy image behind
Huckabees advertising, have a few of their own existential problems to
deal with. Especially Dawn who is completely disillusioned by her own
beautiful image, as well as Brad's phony persona. Two schools of
thought come into play. One, Bernard and Vivian's viewpoint that
everything is connected and the world is not a negative place, but
chooses not to deal with its problems. On the other hand, Tommy
believes in the viewpoints of a French author named Caterine Vauban
(Isabell Huppert) who says that the world is simply a mess, pain and
anger are present and the only way to deal with it is to just except
it. So who is right and who is wrong? The film's message is that
neither is truly wrong or right, but the two must meet somewhere in the
middle. What's more, perceptions have an important role in this film.
Life is often what you make it. A person can be a phony individual and
simply jump on the bandwagon of what is popular to seek approval and
acceptance. Or, they could ask themselves if they really believe in
certain viewpoints and question the right and wrong that exists in our
complex, modern world.

At first glance, with the film's slapstick, yet witty intellectual
dialogue combined with unique visuals, it would seem that this is the
product of Charlie Kaufman. But Russell's ideas are undeniably his own
and have been pondered upon in his mind for years. The director of the
Gulf-War drama/comedy, 'Three Kings,' and 'Flirting with Disaster' has
made one of 2004s best films. 'I Heart Huckabees' is filled with
three-dimensional characters and crisp-sounding dialogue that will
leave you chuckling hours after seeing the film. Most importantly, it
has ideas that most Hollywood executives fear to take on because of our
very conventional societal viewpoints. ****

TagsUSA
Five Children and It
Unstoppable