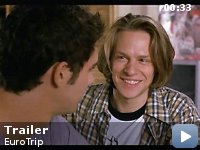 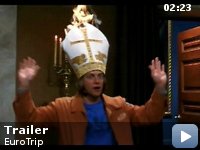 Dumped by his girlfriend, a high school grad decides to embark on an overseas adventure in Europe with his friends.

Storyline
Ohio high school student Scott Thomas is a good student and nice guy – albeit a little predictable – who is about to graduate and go into pre-med. He is unceremoniously dumped by his whorish girlfriend Fiona on graduation day. Among the people he turns to in his hour of despair is his German pen pal, Mike. Scott and Mike seem to have a special connection. After Mike makes advances to Scott now that he and Fiona are not seeing each other, Scott abruptly sends Mike a message saying he never wants to hear from him again. However, Scott learns shorty thereafter that Mike is actually a beautiful girl named Mieke. By this time, Mieke has blocked his messages. Thinking that Mieke is actually who he was meant to be with, Scott, impulsively for a change, decides to go to Berlin to be with her. Along for the ride is Scott's best friend, the girl crazy Cooper Harris. They manage only to get a flight into London…

Taglines:
No actual Europeans were harmed in the making of this film.

The newspaper Jenny is reading at the beginning of the train scene says, "Oh shit! Hooligan!"

Continuity:
When Madam Vandersexxx writes the safe word on the piece of paper, we can clearly see she uses handwriting, but later when Cooper looks at the paper we can see that the safe word is written in printed letters.

An hilarious American view on Europe


First of all: Greetings from a guy living somewhere in between the
Brussels sprouts, hahahaha. That's right, I'm from Belgium, you know
the place that no-one really knows, not even the Europeans…

Even though I expected to really hate this movie, I have to admit that
I had a lot of fun watching it. I loved to see how they magnified the
stereotypes about the French, the English, The Germans,… and made fun
about the Catholic church. Some people pointed out that it was clear
that the makers really don't know anything about the countries they
were making jokes about. Possible, but it didn't bother me once. It's a
comedy, not a traveler's guide!

This is how the story goes: A teenager is dumped by his girlfriend on
the day of their graduation. He has contact with a German girl, called
Mieke, but he thought it was a guy called Mike. Knowing this and after
he has seen her photo, he decides to pay her a visit in Berlin. But of
course they don't just end up in Berlin. They start their trip in
London, going to Paris, Amsterdam and Bratislava before getting to
Berlin…

The movie's script or the plot were probably the least of the
director's concerns. It's clear that they just wanted to go to Europe,
have some fun and film one hilarious situation after the other. I've
got the feeling that most of the European viewers didn't mind being the
subject of the movie. Yes it's crude and yes it doesn't show anything
about how Europe really is, but it's also incredibly funny. I give it
an 8/10 for that.