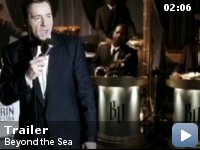 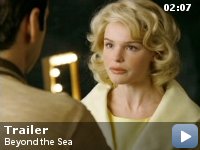 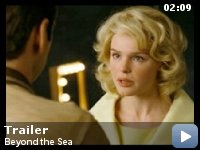 A swooning study of "Mack the Knife" singer Bobby Darin (Spacey) specifically, and his relationship with his wife Sandra Dee (Bosworth).

Storyline
Consummate entertainer Bobby Darin (1936-1973) is making a movie about his life. He's volatile, driven by the love of performing, ambition, perfectionism, and belief that he's living on borrowed time. He begins in the Bronx: a fatherless lad learning music and dance from his mom. His career starts slowly, then "Splish Splash" puts him at the top of the charts and on "Bandstand." He wants to be an entertainer, not a pop star, so he aims for the Copacabana; then it's on to the movies, where he meets and marries Sandra Dee. After, it's balancing career, health, marriage and family life, balances he doesn't always keep. Throughout, conversations with his boyhood self give him perspective.

Taglines:
The voice. The passion. The confidence.

The lead was offered to Leonardo DiCaprio who chose to do _Beach, The (2000)_ instead.

Factual errors:
Sandra Dee did not stay with Bobby in the hospital as he was dying. She was in an alcohol induced denial at home. She was passed out on the floor from drinking and the family had to break into the house to find her and notify her. In fact, Bobby's second wife was banished from his room because she could not hold her tears.

Bobby Darin:
It's OK, I'm not gonna hurt you. Watch. My momma used to tell me a story when I was a kid that in the Middle Ages, one of the knights in King Arthur's court, he laid down his sword between himself and Guinevere, and he promised that he would never cross over to the other side.

Bobby Darin:
I am laying down this sword between us. That's my side of the bed, and that's yours, and I will never cross over. Ever. I don't care if we don't touch for a thousand nights. Only you can cross over to my side. Only you.


I've been a fan of Walden Robert Cassotto's for a long, long time, and
I've been following the progress (or non-progress) of the bio-pic based
on his life for an equally long time (couldn't have been any more
pleased when I learned that Kevin Spacey was going to be the one to
finally bring the project to the proverbial light of day). I'm
mentioning this because I realize it's impossible for me to be
completely objective about the movie, feeling about its subject as
strongly as I do; I think that anyone who loved Bobby Darin cannot be
thoroughly objective regarding Spacey's film.


That having been said, I can tell you that I was profoundly affected by
Beyond The Sea. Spacey lives up to his surname in spades with this
project, by tossing out all the 'normal' bio-pic story-telling tools,
instead resorting to a spaced-out show biz fantasy-type structure which
does work because Bobby himself did use his career as an antidote
against the reality of his ever-failing health and inevitable early
death – his overwhelming drive and beyond-intense focus stemmed from
the fact that he knew he had only so much time to do anything with his
life; this is what made him so great on stage, and this immediacy and
strength of purpose is conveyed brilliantly in the movie not through
the usual talking and explaining sequences but rather through Darin's
actions. So the liberties that Spacey takes with Bobby's life pay off –
the song-and-dance numbers and the plot devices (the best one being
Darin's younger self having a simultaneous part in the proceedings with
the older Darin).

So much has been written about Spacey being too old to play Bobby, how
Spacey shouldn't have actually sung the songs himself, how this is a
vanity project on Spacey's part, blah blah blah. All untrue.

The clever way in which he stages the film acknowledges the fact that
he knows he's chronologically older than the perfect age to play this
part, and he sings the songs himself because he CAN – his voice is more
than serviceable; in fact when I saw the trailer for the first time a
few months back and heard him singing Mack The Knife I was in the
theatre telling the person I'd come with "That's Bobby, that can't
possibly be Kevin Spacey" – this from a person who has listened to
Darin's recording of that song literally hundreds and hundreds of
times.

The thing that is most interesting about the negative criticism is the
one about this being a vanity project for Spacey; his desire and
enthusiasm to share his feeling for Darin via this project is being
interpreted as an ego trip, when in reality it's an unabashed and pure
labor of love. The film is being misunderstood by a lot of people, and
I see this as being unbelievably ironic and, ultimately, proof that the
film works because Darin himself was constantly misunderstood,
constantly having his hell-bent-for-leather, no-time-to-waste
desperation perceived as arrogance. So Spacey succeeded on that level
alone.

It also doesn't hurt that from the back, he manages to bear an uncanny
resemblance to Bobby, he captures the physicality perfectly, and in all
the shots that are not too close up, you'd swear it was Bobby that you
were seeing and not Spacey. It's only in the close-ups that I was
reminded it wasn't actually Bobby on the screen, and in the later
scenes, when he becomes politically aware, grows the mustache and bills
himself as Bob Darin, Spacey looks like him even in the close-ups.

By the end of the film, I found myself feeling profoundly moved by what
I was experiencing, even though, oddly enough, I didn't feel up to that
point that the film was particularly profound, and so my reaction was
very surprising to me. There's a scene where -=- POSSIBLE SPOILER -=-
Darin is in his hospital bed right before he dies and Sandra Dee (who
was no longer with him at that time but still loved him) is in the bed
cuddled up beside him – that image was, to me, by far the single most
powerful one in the movie, and it has stayed with me, long after the
movie's final credits. -=-END OF POSSIBLE SPOILER

I want to include this: the person I saw the film with hadn't been a
fan of Bobby's the way I had for years, and I asked her after we'd left
the theatre if she'd felt moved by what she'd experienced – I was
trying to get a more objective idea how the movie would play to someone
who wasn't so emotionally connected to the material. She said that
after seeing it, she wanted to know more about Bobby, how she'd had no
idea what he'd gone through in his life and how she felt tremendous
compassion and respect for him.

Spacey has said that his motivation in doing the movie was to remind
people who hardly remembered him what a monumental talent Bobby Darin
was, and to hopefully introduce a new generation to the man. I think
he's succeeded on that level too, at least with people who go to see
this movie with an open mind and a receptive heart.