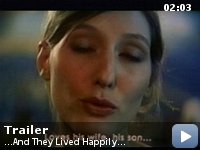 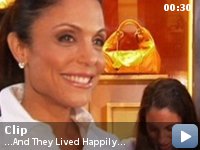 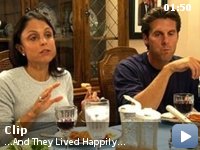 Is the love compatible with coupledom? And what of freedom and fidelity? These are some of the questions facing two married men.

Storyline
What makes a marriage? Georges and Natalie argue and shout constantly; Fred, a bachelor playboy approaching 50, sleeps with many women, loving them all, living with none. Vincent, nearing 40, best friend of Georges and Fred, is married to Gabrielle and they have a son. He keeps his feelings to himself. He and Gabrielle are playful and passionate with each other, then bored and detached. Is Vincent holding back, and if so, why? A colleague accuses him of believing in romantic fairy tales. Gabrielle imagines them separated. Are the basics of life women working and men chasing skirts? Is marriage the alternative to possibilities?

Love and Marriage…and other consequences


"Ils se marièrent et eurent beaucoup d'enfants" ("Happily Ever After")
is a cleverly written examination of contemporary views on love, lust,
marriage, infidelity, and the single life. Writer/Director/Actor Yvan
Attal has come up with a winner, an entertaining, funny, and ultimately
thoughtful treatise on how we cope with partnering.

Three men work together in a car dealership. Vincent (Yvan Attal) is
the apparently happily married man with a beautiful wife Gabrielle
(Charlotte Gainsbourg) and child. Georges (Alain Chabat) on the other
hand is in a tumultuous marriage with Nathalie (Emmanuelle Seigner) who
has gender issues that go far beyond feminism and negatively influence
their child. Fred (Alain Cohen) is single, bedding every lovely woman
he encounters, balancing trysts between mornings, afternoons, and
evenings and is deeply envied for his Don Juanism. But Fred actually
longs for the sense of belonging that married men enjoy.

The men's lives intertwine on many levels. Most important, we discover
that Vincent has a lover (Angie David) despite his idyllic married life
and while it is Georges whom one would expect to seek solace from a
lover, he remains faithful to his nagging wife! Gabrielle senses
Vincent's affair and encounters a sexy man in a music shop (Johnny
Depp) who begins to preoccupy her thoughts. She is a real estate broker
and comes close to an assignation with a client but remains faithful.
All the while she daydreams about her brief encounter with Depp and
satisfies her wandering eye with those memories. Fred discovers that
one of his paramours is pregnant and happily decides to leap into the
married fray. The only 'adults' sharing advice here are Vincent's long
married parents (Anouk Aimée and Claude Berri in very welcome comeback
cameos!) and it is this 'standard' that adds the final humor to the
film.

The manner in which all three men deal with their living situations
asks as many questions as it gives answers. Attal finds joy in all
forms of coupling and is careful to offer all sides of decisions his
characters make in arriving at what provides them happiness. This is a
smart movie with terrific twists. There is just enough slapstick (an
all out food fight between Vincent and Gabrielle – real life husband
and wife team Attal and Gainsbourg – that proves to be one of the
fun-loving bits of silliness that binds their marriage) to keep the
mood light. Not a profound film, but a joyous French comedy handled by
total pros! In French and English with subtitles. Recommended. Grady
Harp