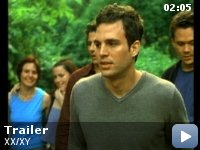 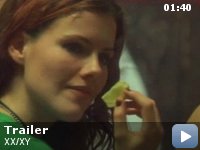 Three friends begin a dangerous three-way relationship that spirals out of control, leading to dire consequences that haunt them ten years later.

Storyline
When two college students, Sam and Thea, meet Coles at a party, their mutual attraction is immediate, leading to a passionate and awkward night together, and the onset of an intensely charged bond. As they continue to push the sexual boundaries of their friendship, however, they are tested by Sam and Coles' incipient romance and Thea's increasing recklessness, until the relationship dissolves amid a cloud of fear, resentment and mistrust. Eight years later they reunite. An animator for a high-profile ad agency, Coles now lives with Claire, his girlfriend of five years. Thea is happily married to Miles, with whom she owns a flourishing restaurant. And Sam has just returned to Manhattan after working in London where she recently broke off her engagement. Yet upon reconnecting, the three are drawn back into the complicated dynamic that defined their relationship from the start and are forced to confront the true meaning of commitment and love.

Guy Who Asks for His $ Back

Taglines:
There's no room for honesty in a healthy relationship…

A married couple that director Austin Chick knew were so affected by the emotional repercussions of their friend's film that they started divorce proceedings shortly after seeing it.

Anachronisms:
When Coles and his girlfriend exchange gifts it is said to be August 1. In the scene she is wearing a think winter sweater and in the subsequent scenes that seem to follow chronological order of the days following the gift exchange she is again wearing seasonally inappropriate clothes (thick sweaters, boots, coats) in all scenes but at the lake.

Coles:
Would you think I was being too forward if I said, "Let's go back to your room."

Sam:
What would you say if I said, "Let's go back to my room, but let's bring Thea."


Austin Chick has done wonders with "XX/XY". It's almost as though he is
working in solving a mathematical equation. In the process, he makes us
follow the three principals, Coles, Maya and Thea throughout almost ten
years to see what become of the characters. Mr. Chick is a film maker
in tune with young people, their language, their interplay, and their
sexual discoveries.


In securing the services of Mark Ruffalo for the pivotal role of Coles,
the director is blessed as well with wonderful performances all around.
Mr. Ruffalo has become one of the best actors working in the American
cinema. He always bring such an intensity to everything he does, but in
a subtle and quiet way. We always know what's going on with this man
because he expresses everything with gestures that are always right.
There's never a moment wrong in Mr. Ruffalo's portrayal of Coles.

The story begins in 1993 as the original friends, Coles, Thea and Maya
explore their sexual awakenings in unorthodox ways. Coles is the man
who lusts after both room mates, but it's obvious that Maya is the one
that gets the best of him until their separation.

As the story turns to the present time. We see Coles in a relationship
with Claire, the 'together' young woman who seems secure enough with
Coles never to pressure him into a marriage, because she feels he is
committed to staying with her. Their life together suddenly takes a
spin with the reemergence of Maya, who has been away in London all
these years. Her presence unravels Coles to the point of betrayal to
Claire. It is Claire who gets the last laugh as she confronts Coles to
tell him how ahead of the game she really is.

The last scene is enigmatic. We watch Coles and Claire standing by the
door. Coles is trying to hold it open, but Claire succeeds in closing
it, and as a chapter in their relationship has ended.

The two principals, Maya Strange, as Sam, and Kathleen Robertson, as
Thea, are excellent as the college girls that love to have fun.
However, one has a feeling that it's Petra Wright, who plays Claire,
that gives the strongest performance. Ms. Wright has a luminous aura
about her; she overshadows the others. One realizes that Coles needs
her and she loves him.

Bravo to Austin Chick for a job well done.