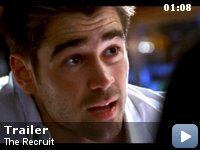 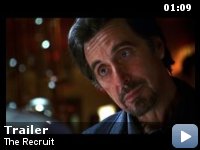 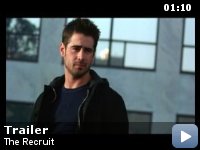 A brilliant young CIA trainee is asked by his mentor to help find a mole in the Agency.

Storyline
In an era when the country's first line of defense, intelligence, is more important than ever, this story opens the CIA's infamous closed doors and gives an insider's view into the Agency: how trainees are recruited, how they are prepared for the spy game, and what they learn to survive. James Clayton might not have the attitude of a typical recruit, but he is one of the smartest graduating seniors in the country – and he's just the person that Walter Burke wants in the Agency. James regards the CIA's mission as an intriguing alternative to an ordinary life, but before he becomes an Ops Officer, James has to survive the Agency's secret training ground, where green recruits are molded into seasoned veterans. As Burke teaches him the ropes and the rules of the game, James quickly rises through the ranks and falls for Layla, one of his fellow recruits. But just when James starts to question his role and his cat-and-mouse relationship with his mentor…

Taglines:
Trust. Betrayal. Deception. In the C.I.A. nothing is what it seems.

The character of the CIA Career Trainee Lisa Sahadi (played by Elisa Moolecherry) was revealed in a deleted scene to actually have been a CIA agent who is part of the new group and is gathering intelligence on the group.

Factual errors:
Clayton, following a suspect, jumps out of a train which is standing in the station onto the rails on the other side of the platform. A public train will only have its platform doors open, never the doors that give access to the other railway.

James Clayton:
Tell me about my father.

Walter Burke:
You already know, don't you? That's why you're sitting here. You want answers, you're in the wrong car, kid. I only have secrets.

'The Recruit' is good enough for a nice evening but that doesn't mean the
movie is very good. It is about James Clayton (Colin Farrell) who is
recruited by CIA spy Walter Burke (Al Pacino). On a place called The Farm he
and others including the beautiful Layla (Bridget Moynahan) are trained to
become CIA agents. They learn to kill and all the stuff you see James Bond
and such do in other movies.


It is all very entertaining but not very believable. Entertaining because of
Al Pacino who almost always is fun to watch and because of Colin Farrell. I
liked him in 'Tigerland' and since then he has only done good. The real star
in 'Minority Report', the best thing in 'Daredevil' and a great performance
in 'Phone Booth', and now a good reason to watch 'The Recruit'.

'The Recruit' is entertaining, but one plot twist after another, most of
them predictable; it is just a little too much.