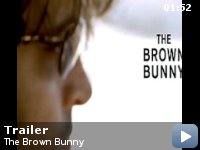 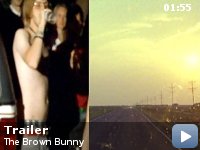 Professional motorcycle racer Bud Clay heads from New Hampshire to California to race again. Along the way he meets various needy women who provide him with the cure to his own loneliness, but only a certain woman from his past will truly satisfy him.

Storyline
It's the story of one man. His name's Bud Clay, and he races motorcycles. He rides in the 250cc Formula II class of road racing. Around and around he goes, repeating laps over and over until the race is over. The story begins with Bud racing in New Hampshire. His next race is in California in five days, and so his cross-country journey begins. Every day, Bud is haunted by the same memories of the last time he saw his true love. He will do anything to make those memories disappear, and every day he tries to find a new love, making outrageous requests of women to come with him on his trip and then leaving them behind after they've agreed. He can't replace Daisy, the only woman he's ever loved and the only woman he will ever love, but every day he tries

The opening scene of Gallo driving was originally almost 20 minutes of him just driving until it was cut down because it was too long.

[Bud walks up to a young woman, working behind the counter in a gas station store]

Violet:
Hello… Did you just come from the race track?

Violet:
Did you win?

Bud Clay:
How much is this?


I saw The Brown Bunny today at 12:20 at the Chelsea Cinemas in
Manhattan. There were about ten other people in the audience.

When the film ended and the lights abruptly came back on, nobody moved.

I think we were somewhat dazed. I cannot discuss this film in terms of
liking or disliking it, because those feelings just do not even apply.
I was left haunted by the filmmaker's ability to bring me into his world
of despair, regret, and loneliness. There was not a lot of dialogue yet
the actor was able to still give “Bud” a truthful inner life. I am not
a hip young person. I am a 57 year old retired schoolteacher.

Vincent Gallo brought to the screen some universal emotions, which exist
regardless of one's personal life experiences. I applaud his efforts
and I am glad I saw his film.