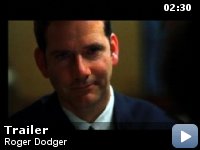 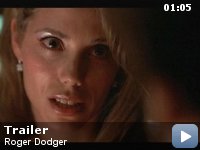 After breaking up with his lover and boss, a smooth-talking man takes his teenaged nephew out on the town in search of sex.

Storyline
Set against the bright lights of Manhattan, a tale which takes a comic, urbane look at the modern male ego at war in the singles scene trenches. Roger Swanson is a hopelessly cynical advertising copywriter with a razor-sharp wit who believes he has mastered the art of manipulating women. But Roger's seemingly foolproof world of smooth talk and casual sex begins to unravel when he is paid a surprise visit by his teenager nephew, Nick. Hoping to settle, once and for all, the issue of his virginity, Nick begs Roger to school him in the art of seducing women. Welcoming the challenge, Roger guides Nick through the city's wild nightlife for an all-night crash course, only to realize that he–the adult–still has something to learn about what women, and men, really want.

Roger Swanson is a coldhearted, fast-talking yuppie businessman who has
cynically reduced the man-woman equation to its Darwinian essentials. To
Roger, women are objects to be conquered not people to be respected, and
he
has learned to employ his good looks, charm and over-analytical mind in
the
service of getting laid. When Nick, his naïve, inexperienced 16-year old
nephew comes to town, Roger decides to train the boy in the fine art of
manipulation and seduction, taking him out for a night on the town that
the
youngster will not soon forget.

As conceived by first time writer/director Dylan Kidd, `Roger Dodger' is
less a full-fledged narrative and more a series of extended conversations.
And I, for one, couldn't be happier, for the dialogue Kidd has come up
with
is sharp, observant, insightful and witty, as Roger opens up and reveals
his
unique perspective on the dating scene. He uses his mouth like a machine
gun, shooting rounds of rapid-fire, staccato comments, indifferent to
who's
left standing when he's done. He really has no qualms about `corrupting'
his underage nephew, never seeing or caring about the corrosive effect he
may be having on him. In the process, we learn quite a bit about Roger as
a
person, most especially the aloofness he feels from others and his
inability
to make any kind of emotional connection that really works. Long
estranged
from his father and sister, Roger is also facing a breakup with the older
woman he's recently come to fancy (his boss in fact). Roger is a humorous
figure but also an immensely sad one, for he really does seem – for all
his
bravado and bluster to the contrary – to be a lonely, unhappy guy. We are
simultaneously drawn to him by his confidence and charisma and repelled by
his smarminess and coldness, just like the characters in the film. As
Roger, Campbell Scott does a superb job bringing out both of those
seemingly
contradictory qualities. A non-stop talker, Roger knows how to draw all
the
attention in the room to himself; he is (at the risk of mixing my
metaphors
here) like a chattering vortex up there on the screen and we can't help
but
be sucked in by his personality and presence. No wonder Scott won the
2002
award for Best Actor from the National Board of Review. In fact, I
haven't
seen a performance this smooth, alive and energetic in a very long time.
Equally impressive is young Jesse Eisenberg whose wide-eyed innocence and
youthful decency provide an effective counterpoint to the brash but empty
Roger. Isabella Rossellini, Elizabeth Berkley and Jennifer Beals also
turn
in outstanding performances as the various ladies who play a part in the
two
men's adventure.

In his debut film, Kidd shows himself to be in full control of his medium.
He employs a jittery, handheld camera in almost every scene, a technique
that may bother some people but which heightens the sense of realism so
essential to the nature of the story. In this way, the audience is made
to
feel almost like an eavesdropper on the various conversations. Kidd
should
also be commended – in this day of maximum special effects and minimal
verbiage – for allowing his characters to speak at great length on any
number of topics. Many another filmmaker would have felt intimidated by
such a heavy reliance on dialogue. Kidd, obviously, feels intoxicated by
the beauty of language and his intoxication becomes ours.

Roger is a fascinating case study mainly because we feel so ambivalent in
our attitude towards him. Just as we are about to consign him to the
category of heartless, cold-blooded b***ard, he wins us over by showing us
that barest glimmer of humanity that peeks out every so often from beneath
his well-oiled exterior.

`Roger Dodger' is not only an intriguing, amusing and poignant tale of
realtionships and sex in the modern world, but a confident first film that
augurs well for its gifted young maker.

TagsUSA
Cradle 2 the Grave
Bringing Down the House