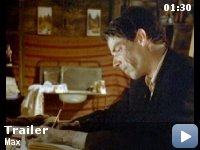 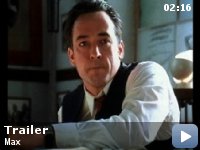 A film studying the depiction of a friendship between an art dealer named Rothman and his student, Adolf Hitler.

Storyline
Munich, 1918. German-Jew Max Rothman has returned to much of his pre-war life which includes to his wife Nina and their two children, to his mistress Liselore von Peltz, and to his work as an art dealer. He has however not returned to being an aspiring painter as he lost his dominant right arm during the war. He is approached by an aspiring painter, a thirty-year old Austrian-Jew war veteran named

Writer/director Menno Meyjes reports that before the script was written, Steven Spielberg's Amblin company was interested in the project. But Spielberg told Meyjes he couldn't bring himself to help make a movie he thought would dishonor Holocaust survivors. Nevertheless, he considered the script an excellent one and encouraged the director to push for its realization, but without Amblin.

Anachronisms:
Amongst the drawings of Adolf Hitler's "future world" at the end of the film, there are at least two buildings (including the Volkshalle, which was never built) actually designed by Albert Speer, who did not meet Hitler until 1930.

Max Rothman:
Yes, we've *all* lost four years. Some of us a little more. Do you want a show?

Adolf Hitler:
I'd kill for you if you gave me a show!

A Portrait of the Artist as a Young Ogre

Not very long ago several art historians sought an American publisher for a
catalogue of paintings by Adolf Hitler that had survived the Gotterdamerung
in the Berlin bunker and the acquisitive hordes of Russian occupiers,
perhaps the greatest conquering locusts of modern times. No one would
publish the book and several reasons were proffered. The most interesting
was that it would be virtually obscene to examine a human side of the
twentieth century's greatest monster (Stalin ranks up there too but this
isn't the place for that digression).


Why shouldn't every aspect of Hitler's life be open for examination,
including his paintings? Hitler was a human being: his younger years and
his attempts to become an artist are part of the probably ultimately
impenetrable mystery about his development. Let's study everything about
him.

Director/Writer Menno Meyjes's "Max" brings the battle-scarred,
thirty-year-old Austrian, Adolf Hitler, to turbulent 1918 Munich where he
seeks to make sense of the battered city and country while pursuing his
dream (fantasy, actually) of becoming a respected and original artist. So
much of the film is true. The corporal, still in the army, largely but not
exclusively painted the detailed but uninspired and flat urban scenes
bought by tourists. Meyjes also has Hitler drawing his ideas about what
would later be National Socialist iconography, a reflection of his
increasing obsession witn politics..

"Max", a fictional character, is a womanizing, married art dealer. Max
Rothman, like Hitler is a former soldier. Rothman literally gave his right
arm for "Kaiser und Vaterland," but he seems to accept his sacrifice without
deep bitterness. John Cusack as Rothman, the avatar of an emerging German
Expressionism, is excellent as he enjoys his pre-Bauhaus mansion while
seeking every opportunity to steal away from his lovely and devoted wife,
Nina (well-played by Molly Parker) to exercise his libido with his mistress,
Liselore (a sultry and cultured young woman whose spirit is captured by
Leelee Sobieski).

Hitler shows up delivering a case of bubbly for a Rothman gallery soiree and
a conversation begins a weird friendship. Max wants Hitler to be a better
artist which in his view is synonymous with being a better man. What a
project! Noah Taylor is intense, on fire, as the future fuehrer. Can this
bantering Odd Couple seem real when we know what the future holds for Hitler
and for Jewish families like the Rothmans who, both in this film and to a
large degree in the Germany of the Versailles Treaty, had no inkling that
anti-Semitism was being stoked and would emerge rampant before very long?
Would we never have heard of the monster Hitler had he been accorded respect
(and money) as a painter? That's the film's truly superficial question.
Hitler's life wasn't that reductionist.

My answer is that this film should be absorbed as a bifurcated experience.
As drama, the acting is compelling. The direction is strong and one scene in
which Hitler's rants are rapidly alternated with a Jewish service is
blindingly powerful. As German veterans decry a military defeat and the
"Stab in the Back" theory begins its awful climb to a national excuse for
losing the war the Rothmans, their children and extended family, seem to
enjoy a barely inconvenienced life of sumptuousness. The story works well
at that level.

Where it fails is that the projected Hitler-Rothman relationship lacks the
depth some have found. More than a few critics have suggested that Meyjes
sends a message about blindness because Max can't see the anti-Semitic
screeching of Hitler as an adumbration of Germany's future. The real reason
Max doesn't take Hitler all that seriously is that he himself isn't a very
serious fellow except when he tries to sell art and pursue parallel but
antagonistic romantic relationships.

How would a Max Rothman have divined the potential of a miserable, hungry
corporal in a city where such fellows were common and where they constituted
a public menace as the fear of communists and the shakiness of a wrecked
economy brought disorder? Impossible. (A prologue title mentions that
100,000 Jews served in the German Army in World War I. My father was one of
them and I recall his recollection of disarming warring, urban civilians and
quasi-military bands after the Armistice.)

So Max puts his arm around Hitler, offers to buy him lemonade and tells him
he isn't an easy guy to like. That brought one of the few guffaws in the
theater today. It's not revelatory cinema, it's silly and superficial. The
weakest parts of the film are when Max tries to be a pal to his new
find.

Charlie Chaplin had Hitler's number and his impersonation of the by-then
Nazi leader is an indelible screen classic, a work of acting genius. Noah
Parker's younger Hitler is intense and mesmerizing. I wonder if an Oscar
nomination can go to an actor portraying one of the most evil characters in
all history, one whose mark leaves deep scars in many living today. I have
my doubts. We'll see.