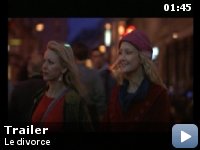 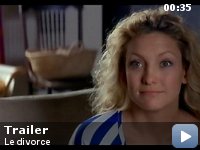 French vs. American social customs and behaviors are observed in a story about an American visiting her Frenchman-wed sister in Paris.

Storyline
French vs. American social customs and behaviors are observed in a story about an American visiting her Frenchman-wed sister in Paris.

Taglines:
A comedy of manners…both good and bad.

Continuity:
When Isabel and Edgar have their last outing together, Isabel is clearly wearing red nail lacquer in the restaurant. When they say goodbye outside, her nails are no longer red.

Olivia Pace:
Today, they are victms, tomorrow, who knows? Because the world is ruled by hawks and arms dealers and minority phobias.


It's amusing to read some of the comments in this page of IMDb. Most
postings place the blame for what they perceive as the failure of this
picture on James Ivory, Ismael Merchant and Ruth Prawer Jhabvala, the
successful creative team of some of the best movies of recent years. In
fact, the sin they appear to have committed was to adapt the Diane
Johnson's novel about the contrasts she has always written about
between two cultures that should be more similar: the French and
American, yet, as we read in the book, and now watched in the film,
they are not as close as one would imagine.


First, the French one sees portrayed in the film belong to the high
classes that are imbued in their traditions, savoir faire, their sense
of style and being B.C.B.G., something the Americans, being somehow a
new society without those traditions cannot comprehend. Money is a
taboo subject to be spoken at all by the wealthy French, whereas in
America the flaunting of having made fortunes and having millions is an
everyday subject for the higher ups.

Ms. Johnson, who has lived in France for quite some time, is an
observant of that society. In her many books about life in that
country, the study in the contrasts she sees, are at center stage and
the mixing of Americans with the French bourgeoisie produces surprising
results that make the reading of her novels more compelling for the joy
they bring to her readers.

Isabel, the young American, arriving to stay with her sister Roxanne,
takes easily to the new surroundings. In doing so, she completely
disregards the established rules when she enters in a liaison with
Marc-Henri, who sees the occasion as one for amusing himself for a
while. Roxanne, on the other hand, soon discovers what she is against
when her French husband decides to ask her for a divorce. Little has
prepared her for the consequences that go with it and the archaic laws
about a couple's separation in that country, which benefits the husband
while punishing the wife.

The other theme at the core of the story is a painting Roxanne has
brought with her from San Diego. The possibility of it being a real
Delacroix is now at the center of the divorce settlement. Where one can
see it has nothing to do with the cheating husband, Suzanne, the
mother-in-law deems otherwise because of the possible value the
painting will fetch when it's sold.

Naomi Watts makes another great contribution in her appearance as
Roxanne. Kate Hudson is not in the same league, although her good looks
and natural charm makes one care more for her Isabel. The delicious
Leslie Caron plays Madame de Persand with great panache. Just watching
her remarking about the granulated sugar Charlotte offers her to
sweeten her tea is one of the delights of the film. Tierry Lhermitte is
seen as the callous Edgar. Glenn Close plays Olivia Pace, a writer,who
might be Diane Johnson's alter ego in the story. Stephen Fry, Stockard
Channing, Sam Waterston, and the rest of the French and American cast
do a good job.

This film has a feeling of being more French than some French movies.
The cinematography of Pierre Lhomme is wonderful as he takes his camera
all over the city showing us what a treat it is to be in Paris, even
for a visit. The other thing that comes across is the involvement of
the late Ismail Marchant to the production. Mr. Merchant got great
locales in where to film and had a great eye for the style of the
pictures he was producing. His absence, alas, is sadly missed from the
latest James Ivory project "The White Countess".

In spite of not being up to some of his best movies, James Ivory still
shows he has a keen eye for presenting the material on the screen.

TagsFrance Paris
Do It!
Young Adam