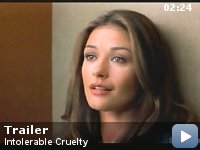 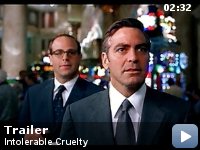 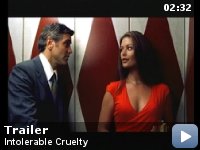 A revenge-seeking gold digger marries a womanizing Beverly Hills lawyer with the intention of making a killing in the divorce.

Storyline
Miles Massey, a prominent Los Angeles divorce attorney has everything–and in some cases, two of everything. Despite his impressive client list, a formidable win record, the respect of his peers and an ironclad contract (the Massey pre-nup) named after him, he's reached a crossroads in his life. Sated on success, boredom has set in and he's looking for new challenges. All that changes when Miles meets his match in the devastating Marylin Rexroth. Marylin is the soon-to-be ex-wife of his client Rex Rexroth, a wealthy real estate developer and habitual philanderer. With the help of hard charging private investigator Gus Petch, she has Rex nailed and is looking forward to the financial independence a successful divorce will bring. But thanks to Miles' considerable skills, she ends up with nothing. Not to be outdone, Marylin schemes to get even and as part of her plan, quickly marries oil tycoon Howard Doyle…

Taglines:
A romantic comedy with bite.

A line from Herb's speech to Miles is inspired by the Gettysburg Address. Abraham Lincoln said "testing whether that nation, or any nation so conceived and so dedicated, can long endure." Herb said, "This firm cannot prosper… nor long endure…"

Anachronisms:
When Miles awaits the senior partner, he picks up the March-April, 2004 issue of the spoof magazine "Living Without Intestines", but the film takes place in 2003.


George Clooney stars as a self-loving whiter than white toothed lawyer
who is becoming bored with his never-ending success. A challenge comes
in the shapely form of Marilyn Rexroth (Catherine Zeta Jones) who wants
to marry (or preferably divorce) her way to riches. With Clooney hired
to represent her soon to be ex husband, he inevitably falls for the
gold diggers charms.


Directed by the Coen brothers, a directorial team who have helmed
oddball comedies such as 'Fargo' and 'O Brother, Where Art Thou?' this
is the team's first branch in to a high profile Hollywood film.
Clooney, as the sharp suited lawyer, is excellent. Like Cary Grant or
David Niven, Clooney is able to mock himself without compensating his
screen appeal. Catherine Zeta Jones as the money hungry Marilyn is as
sexy as her character demands from the scripted page. However, despite
the quick fire dialogue, Intolerable Cruelty is simply not as funny as
it thinks, it's cynical message of love and money taking away the
romantic push it needs to place it in the league of the Tracy/Hepburn
films the movie aspires to. Clooney's character also suffers from an
over enthusiastic plot that later drives his character to attempt to
commit a crime that totally contradicts the audiences perception of
him. A battle of the sexes comedy that has sex appeal but no romance,
Intolerable Cruelty is a film that reaches for the golden age of
Hollywood but only touches the bronze.