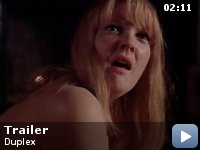 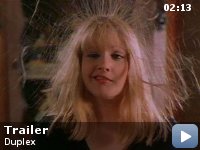 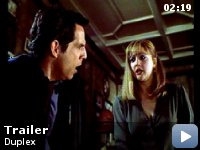 A young couple has a chance to move into a gorgeous duplex in the perfect New York neighborhood. All they have to do is bump off the current tenant, a cute little old lady.

Storyline
Alex Rose and Nancy Kendricks are a young couple who believe they have found their perfect home to start a family in. There is just one problem. An elderly tenant is staying upstairs and won't move out. Alex and Nancy desperately try everything to convince her to leave, but she refuses to move. Soon, their dream home becomes their home of nightmares.

Taglines:
It all started with one wrong move

Greg Mottola (director of
Superbad and
Adventureland) was once attached to direct this film, according to Peter Biskind's book "Down and Dirty Pictures: Miramax, Sundance, and the Rise of Independent Film."

Errors made by characters (possibly deliberate errors by the filmmakers):
The old lady's accent changes from Irish to Scottish through out the movie

It's always nice to find a simple, pleasant comedy amidst the horde of
mainstream moneymakers released every year. It's not that I have a distaste
for epics or over-produced movies, but after viewing overwhelming films,
it's always fun to view a simple one shortly afterwards. And if that's what
you're looking for — a simple, sweet comedy — then "Duplex" certainly fits
the bill.

It's not evil but it isn't exactly sweet. Its premise sounds like the former
— it's about two landlords who try to kill their upstairs tenant, who is
unable to be forced from the apartment due to contractual obligations. For
Alex and Nancy (Ben Stiller and Drew Barrymore), this is at first no problem
whatsoever. They purchase a nice New York duplex and have no hesitations
about loaning out the floor upstairs. Quoting the title of a film starring
DeVito (the director), "What's the worst that could happen?"

At first, as is always the case, everything seems nice and dandy. They move
in, buy some furniture, set up their new lives, and manage to relax a bit.
But soon the "sweet old lady" their real estate agent told them about turns
out to be the spawn of Satan. She is an Irish woman who is "somewhere
between ninety-five and a hundred-and-five," lives by herself upstairs,
plays her television very loud all night long, boasts about her passed
husband and how great a sea fisherman he was in his day, calls Alex Alan and
refuses to admit she's made a mistake, etc., etc. She calls Alex upstairs
every day and has him run extravagant errands for her. Alex is a struggling
writer with a deadline before his second book is due, so he tries to tell
the sweet old woman that he can't help her out all the time. "But there's
just this one thing," she says, and fits on an angelic smile in order to
make him feel sorry for her.

But soon she's claiming that her landlords are trying to rape and murder her
and the cops side with the woman. Left with nowhere to go, Alex and Nancy
eventually succumb to their anger and decide they must put the hag out of
her misery and take over the upstairs floor. Their excuse is that a baby is
on the way, and they'll need the room, but by this time we sympathize with
both of them and want to see this woman murdered anyway. Trust me, after you
watch this movie, you'll be feeling the same way, too.

And I suppose that's part of the success of "Duplex" — like other DeVito
movies, it takes a seemingly appalling plot (see "Throw Momma From the
Train") and, by advancing and developing its characters, and drawing us into
their conflicts, has us relate to them. We want the hag dead,
too.

Danny DeVito's directorial debut, "Throw Momma from the Train," (1987) was a
simple dark comedy that borrowed its premise from Hitchcock's "Strangers on
a Train." Since then, DeVito has delivered a fair share of hits ("The War of
the Roses") and misses ("Death to Smoochy"). One thing's for sure, though:
all of his films have a distinct style of humor, and exploitation of the
weakness of humanity, that separates them from the rest of the
genre.

DeVito is able to make the audience relate with his characters and have them
fantasize about doing similar things. "I'm so evil," Barrymore complains
halfway through the movie. "Well, I have my fantasies, too," Stiller tells
her, which is then followed by images of him killing the old woman upstairs
and smiling about it. He tells her his ideas. She grins. "You're evil,
too!"

From a text standpoint, this indeed seems very evil, and appears as if it
would be in a Stone ("Natural Born Killers") or Tarantino-written ("True
Romance") movie. But when you're watching "Duplex," it all comes across as a
joke, and it doesn't seem very cruel at all, and DeVito's ability to
transform his audience into fantasizing sickos is sort of mildly genius if
you stop and think about it. I'd never kill an old woman but "Duplex" is
able to make us sympathize with its characters and agree with their
decision. Now that's the sign of a good director if you ask
me.

TagsUSA
The Barbarian Invasions
Out of Time