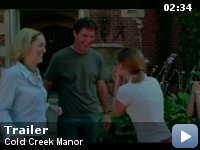 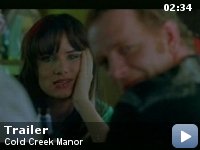 A family relocates from the city to a dilapidated house in the country that was once a grand estate. As they begin to renovate the place they discover their new home harbors secrets, conceals a horrific past, and may not be free of the former inhabitants completely.

Storyline
Wanting to escape city life for the countryside, New Yorkers Cooper Tilson (Quaid), his wife Leah (Stone) and their two children move into a dilapidated old mansion still filled with the possessions of the previous family. Turning it into their dream house soon becomes a living nightmare when the previous owner (Dorff) shows up, and a series of terrifying incidents lead them on a spine-tingling search for clues to the estate's dark and lurid past…

Christopher Plummer only spent two days on the set. He was shooting one day, each with Dennis Quaid and Stephen Dorff.

Boom mic visible:
When the Tilson family is moving in the house, as the camera follows them inside the house you can see the shadow of the mic following as well.

Jesse Tilson:
Hammerhead will bash your skull and send you to devils throat!

Many audience members of this thriller were disappointed (mostly thanks
to the misleading trailer for the film) because it lacked the
supernatural element they thought would be present. They needn't have
complained. The film is complete science fiction because not one
character in the entire thing remotely behaves like a human being!
Quaid and Stone play an NYC couple with high-end careers and two
mouthy, spoiled kids who, after one of the children is nearly creamed
by an SUV, decide to pack up and move to the country. They find a huge,
dilapidated house that is exceedingly reasonable in price (this part of
the movie has been done over and over in the cinema from "Burnt
Offerings" to "The Watcher in the Woods" et al.) Before they have
completely unloaded all the debris from the previous owner (who was
foreclosed upon during a jail sentence for manslaughter), the owner
(Dorff) shows up and begins to encroach on the desired peacefulness of
the family. Quaid hires him to refurbish the swimming pool and before
long, Dorff has decided to do almost anything to rid the house of the
new owners. The rest of the film deals with the battle of wills between
Quaid and his family and Dorff while Quaid seeks to find out why Dorff
is so bent on driving them out. Even if Dorff got the family to leave,
the property would still not be his legally and he is clearly in no
position to buy it back, so even the basic premise of the story lacks
solidity. That's the least of the problems, though. Throughout the
film, everyone in it acts like a complete idiot. Quaid (in a
surprisingly emasculated role, not that that's entirely a bad thing)
makes so many stupid decisions at every turn. He does appear handsome
and tan in the film, but his character is pretty dim. Stone overacts
horrendously. Noted for her cool, chilly roles in films like "Sliver",
"Intersection" and "Basic Instinct", here she is a hopelessly edgy
bundle of nerves who squeals and screams every time anything unexpected
happens like someone coming to the door or coming out of the water and
having someone at the edge of the pool! This is apparently a lame
attempt to have some "frightening" clips to stick in the trailer so
that people wouldn't know that the film is actually a lengthy struggle
between a family and a bum and not a haunted house chiller.


Dorff does succeed with the impossible. He creates a character who is
unbalanced and threatening and vulgar, yet also sexy and even
sympathetic to a point. His is the most interesting work in the film,
though his character is pitifully underdeveloped. Other cast members
include a well-cast Lewis as a sleazy, boozy tramp, Eskelson as the
planet's most useless Sheriff and Plummer, who steals scenes lying down
and nearly comatose, as Dorff's craggy, cruel father. Without question,
one of the fall-down funniest scenes in the film is meant to be one of
the scariest. Ridiculously, each member of the household comes into
contact simultaneously with a different terrifying snake (at the
precise same time!) They then proceed to bounce through the house like
pinballs, screaming at everything and nothing and over emoting to the
point of true hilarity as they encounter snake after snake. This scene
alone guarantees the film a spot in bad movie heaven. Many other
senseless and unintentionally funny moments happen during the "scary"
parts. Another horrible aspect of the film is the annoying and
inappropriate musical score which, amazingly, was written by the
director! He undermines his own film's suspense and tension with such
dreadfully bad (and badly timed) music cues. The film is unbelievably
illogical and bad in more ways than there is time to detail, but it is
watchable, especially if one is in the mood to laugh rather than cower.