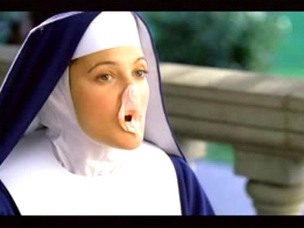 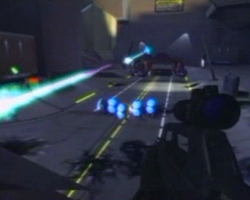 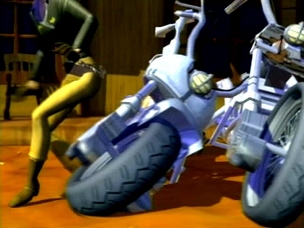 The Angels investigate a series of murders that occur after the theft of a witness protection profile database.

Storyline
The Angels–Natalie, Dylan, and Alex are back again but this time they're preparing for a strike without even warning as they go undercover to retrieve two missing silver bands. These are no ordinary rings. They contain valuable encrypted information that reveal the new identities of every person in the Federal Witness Protection Program. When witnesses start turning up dead, only the Angels, using their expertise as masters of disguise, espionage and martial arts can stop the perpetrator, a mysterious "fallen" Angel. Aided by their trusty colleague, Jimmy Bosley, the Angels' adventure begins at a remote Mongolian outpost and ends only after Dylan is forced to face a dark secret from her past–a secret that puts the lives of her two best friends in danger.

Taglines:
This summer the Angels are back.

Bruce Willis, who is an advocate for adoption, has a cameo in the film. He asked Drew Barrymore, Cameron Diaz and Lucy Liu for a favor for his cameo, that they do a PSA for adoption. They gladly did it.

Continuity:
During opening sequence, the screws of the box that Alex is hidden in are located away from the box's edges. After the box cover is open, the box is quite thin and screws located that far away from the edge would not hold the box together.

Dylan Sanders:
Just once, I'd like to *walk* out of a bar!

Is This What the Movies Have Come To?

Attacking `Charlie's Angels: Full Throttle' is a bit like shooting secret
agents in a barrel; there's just not a lot of sport in it because it's way
too easy to do.

Cameron Diaz, Lucy Liu and Drew Barrymore return as the giggly, jiggly trio
who, we're supposed to believe, are amazing, expert crime fighters. About
the only way this material stands even a chance of succeeding is if the
filmmakers treat it like some over-the-top, live action cartoon (or is it
video game?) – which is pretty much what they've done. Unfortunately, it
turns out to be a cartoon almost totally devoid of wit, creativity and
charm. The plot mainly consists of finding ways to get the girls into campy
costumes and situations. Thus we have the angels as nuns, the angels as
welders, the angels as exotic dancers. The problem is that this cutesiness
wears awfully thin after awhile, especially since that is pretty much all
the screenplay manages to come up with in the way of entertainment.

The stunt sequences – which consist mainly of tedious slow-motion shots of
the girls flipping through the air, karate-chopping the bad guys and dodging
bullets – are so excessive in nature that we begin to understand what a
detrimental effect `The Matrix' (however inadvertently) has had on
filmmaking in the past few years. When any physical action – no matter how
contrary to the laws of physics and gravity – is possible, how are we
supposed to care what happens to the people involved? If no one seems to be
in any real danger, all possible suspense is eliminated and we are left
admiring the work of the special effects team and very little else. The
`Charlie's Angels' films are not alone in this regard, but they do serve as
handy warning signs of the potentially debilitating effect of this trend on
the future of action movies.

About halfway through the film, Jaclyn Smith, one of the angels from the
original TV series, shows up to dispense some veteran advice to one of our
intrepid little cherubs. Though long past her prime, Smith is so goddess-y
beautiful in her brief moments on screen that, not only does she outclass
all three of the leading players, but she makes us, heaven forbid, even feel
a twinge of nostalgia – however faint – for the original series. Frankly, I
didn't think that was possible. Credit the makers of this fiasco for
achieving at least that much with their film.

TagsUSA
The Return
Sinbad: Legend of the Seven Seas