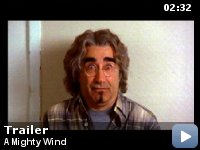 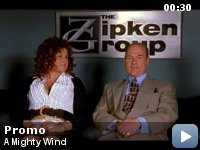 Mockumentary captures the reunion of 1960s folk trio the Folksmen as they prepare for a show at The Town Hall to memorialize a recently deceased concert promoter.

Storyline
When folk icon Irving Steinbloom passed away, he left behind a legacy of music and a family of performers he has shepherded to folk stardom. To celebrate a life spent submerged in folk, Irving's loving son Jonathan has decided to put together a memorial concert featuring some of Steinbloom's best-loved musicians. There's Mitch and Mickey, who were the epitome of young love until their partnership was torn apart by heartbreak; classic troubadours The Folksmen, whose records were endlessly entertaining for anyone able to punch a hole in the center to play them; and The New Main Street Singers, the most meticulously color-coordinated neuftet ever to hit an amusement park. Now for one night only in New York City's Town Hall, these three groups will reunite and gather together to celebrate the music that almost made them famous.

Taglines:
Back together for the first time, again.

Continuity:
When he's playing alone in the motel room, one of Mitch Cohen's pill bottles moves between shots.

Mickey Crabbe:
Is there a cockfight arena near here?

Guest and Levy orchestrate a nice tribute to the 1960s folk groups.

We have a duo, a trio, and a group of 9. These three fictitious 'folk'
groups from the 60s reunite for a concert in this mockumentary. What makes
it so interesting is (1) I was a young adult in the 60s and vividly
remember
the folk group wave and (2) Guest, Levy and the others do their own
singing
and playing of songs they wrote for the movie. I think its IMDb ratings
which cluster around 7 and 8 are about right. Not everyone will like 'A
Mighty Wind' (song from final concert), it has improvised humor and many
of
the same actors from 'Best in Show'. But for fans of the humor of Guest
and
Levy it is a very nice little movie. The DVD has interesting extras, and
the
commentary track by Guest and Levy discuss how, for example, Levy had to
take lessons to get is guitar skills back, and how O'Hara learned to play
the autoharp for this role.


The movie is 92 minutes long, which includes the 7 minutes of end credits.
Of the 85 minutes of actual movie, the first 60 sets up the characters and
groups, shows them in rehearsals, covers several back stories, then the
final 25 minutes are the concert itself, actually performed before a live
audience. There were a few truly outstanding folk groups in the 1960s, but
there also were a whole bunch of mediocre ones. The three groups featured
in this movie are as good as many of the 1960s groups that actually made a
living entertaining. And, as at least one critic said, that's part of the
problem with 'A Mighty Wind' – the groups are good enough, and the final
concert is real enough, that much of the impact of the humor went away
during the last act. The lampooning was gone, replaced by a legitimate set
of performances.

Still, I found it thoroughly enjoyable, and my favorite of the
'Guest/Levy'
movies.