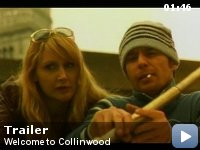 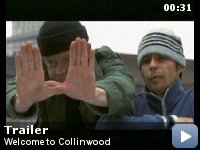 Storyline
When petty thief Cosimo is given the plan for the perfect heist from a lifer in prison – the kind of job you dream about – he has to get out of jail, fast. But with Cosimo stuck in the joint, it's up to his girl Rosalind to track down a patsy. But while no one wants to do the time for Cosimo's crime, everybody seems to know a guy who will – and for a share, they're willing to track him down. Before long, Rosalind has five guys trailing behind her, looking to get their bungling hands on a piece of the action.

[Jerzy is in disguise, in full Hasidic rabbi costume]

Basil:
Why are you dressed like a priest?
[pause]

Jerzy:
You're an idiot.

Picked up on grand theft auto, Cosimo is told of a big job by a lifer.
Cosimo goes to his friend Toto to help get a guy to do his jail time for
him so he can do the job. After asking around Toto comes up with Pero.
However Pero double-crosses Cosimo and leaves him in jail and sets up the
group to do the job without him. After they enlist the help of expert safe
cracker Jerzy the group start putting down the foundations for a job that
has all the hallmarks of disaster.


I went to see this with the usual blaze of hype that goes with any movie,
the usual OTT quotes from the hacks etc. I didn't expect too much so it was
a pleasant surprise. The plot is quite enjoyable and is enlivened by a
witty (but not hilarious) script. The comedy of the actual job is great and
delivered well. However I will stress that anyone who goes along with the
words of Jonathon Ross (`I haven't laughed so hard in years') will probably
be disappointed as it isn't a laugh a second.

The strength of the film is in the strong cast. There is no real star
(although it will be sold on Clooney) and everyone carries the story and the
humour. Macy is good, Rockwell is funny as always, Clooney has a good
cameo, Washington is solid enough but I prefer Esposito when she uses her
normal voice. Gabrielle Union has a very small part but manages to be very
seductive in the first of her two scenes – she is clearly going to be bigger
in the next few years or so. For me the star of the film is Michael Jeter.
It's such a shame that he died not even a month ago but this is a good film
to follow his loss with. He makes many of the laughs with his pathetic yet
endearing old man. In some scenes he makes laughs out of nothing and his
performance is pitch perfect.

On the whole I was tickled by this film and that was enough for me. Many
will be let down as they have been told it is a laugh riot. If you go in
just expecting a bit of fun with good actors then that is what you'll get.
It's very slight but it is amusing enough to justify watching.