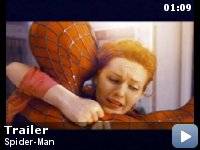 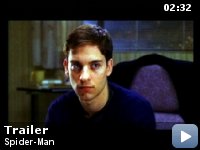 When bitten by a genetically modified spider, a nerdy, shy, and awkward high school student gains spider-like abilities that he eventually must use to fight evil as a superhero after tragedy befalls his family.

Storyline
Based on Marvel Comics' superhero character, this is a story of Peter Parker who is a nerdy high-schooler. He was orphaned as a child, bullied by jocks, and can't confess his crush for his stunning neighborhood girl Mary Jane Watson. To say his life is "miserable" is an understatement. But one day while on an excursion to a laboratory a runaway radioactive spider bites him… and his life changes in a way no one could have imagined. Peter acquires a muscle-bound physique, clear vision, ability to cling to surfaces and crawl over walls, shooting webs from his wrist … but the fun isn't going to last. An eccentric millionaire Norman Osborn administers a performance enhancing drug on himself and his maniacal alter ego Green Goblin emerges. Now Peter Parker has to become Spider-Man and take Green Goblin to the task… or else Goblin will kill him. They come face to face and the war begins in which only one of them will survive at the end.

Taglines:
On May Third, the Entire World Will Connect to the Web.

A welder building sets for the movie was killed on 6 March 2001 when a crane toppled onto a construction basket in which he was riding and struck him in the head.

Continuity:
When Peter gets out of his uncle's car on the way to the fight, his uniform is visible poking out of his trousers. A moment later, when he turns to go, it is no longer visible.

Peter Parker:
[voiceover]
Who am I? You sure you want to know? The story of my life is not for the faint of heart. If somebody said it was a happy little tale… if somebody told you I was just your average ordinary guy, not a care in the world… somebody lied.

Having seen the trailers for this film I have to say that I didn't walk
into
the cinema with high hopes. The computer effects looked badly integrated,
the Green Goblin's costume looked awful and comic book adaptations usually
have such painful scripting and plotting. Thankfully I was wrong on most
counts (The Goblin still looks rubbish).


As it turns out, this is probably the best super-hero film I've yet seen –
certainly up there with Superman and Batman. People seem to automatically
comment that the script and acting was bad because they expect it to be
the
case in these films; and indeed it usually is. But if you go into
Spider-man
without this prejudicial attitude you'll be pleasently suprised. The
acting
is generally great – there is never a time when anyone is not believable
as
their character and you think "Hey, that's an actor, not Peter Parker".
The
effects do look artificial but the pace of the movie means you don't have
time to dwell on this and the script is fine! What do people want,
Shakespearian soliloquies? That would sound incredibly out-of-place in
modern day New York. There are few of the painful cliches or dreadful
dialogue that plague films like The Phantom Menace and the catchphrases
like
"friendly neighbourhood spider-man" are fully in-keeping with the
character.

The comic turns from J.J. Jameson hit the mark, the snarling facial
contortions of Willem Defoe were suitably evil-looking (and the
conversation
with his mirror-image was a great touch). My only gripe was with the Green
Goblin's costume. Very monotone green and not very scary.

All-in-all a great film that I wouldn't hesitate for a second in
recommending.

TagsUSA
Life or Something Like It
Lagaan: Once Upon a Time in India