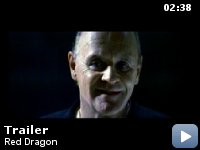 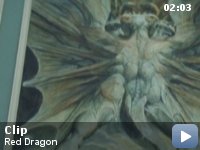 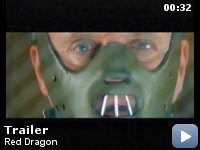 A retired FBI agent with psychological gifts is assigned to help track down "The Tooth Fairy", a mysterious serial killer; aiding him is imprisoned criminal genius Hannibal "The Cannibal" Lecter.

Storyline
FBI Agent Will Graham has been called out of early retirement to catch a serial killer, known by authorities as "The Tooth Fairy". He asks for the help of his arch-nemesis, Dr. Hannibal "The Cannibal" Lecter, so that he can be able to catch "The Tooth Fairy" and bring him to justice. The only problem is that "The Tooth Fairy" is getting inside information about Graham and his family from none other than Dr. Lecter.

Taglines:
FBI Agent Will Graham Is About to Enter the Mind of a Killer. He Must First Let Hannibal Lecter Inside His Head.

In the scene where Will Graham first encounters Hannibal Lecter following his capture of Lecter, it was originally written that Graham would show his fear of Lecter. However, Edward Norton pointed out that his character, Graham, was a seasoned and veteran agent who would never show his fear to Lecter. Brett Ratner then suggested that Graham would be afraid, but wouldn't show it, and they came up with the idea of Graham having massive armpit sweat stains following his encounter with Lecter.

Errors made by characters (possibly deliberate errors by the filmmakers):
When the lady at Hannibal's dinner party says, "Hannibal, confess. What is this divine-looking amuse-bouche?" she has a full plate of food in front of her. An amuse-bouche is a bite-sized morsel, or hors d'oeuvre, not enough to fill a plate.

Not as good as "SILENCE…", but better than "HANNIBAL".

Only having seen "Manhunter" once, years ago, and not
remembering much about it, I won't attempt to compare that film to
it's remake, "Red Dragon". I've also never read any of the Thomas
Harris novels that they are based on, so I won't compare them to
the books either. But I will compare it to the other, more recent
films in the Hannibal Lecter series, "Silence of the Lambs" and
"Hannibal".


I think most would agree that, "Silence…" is a classic. It's one of
those movies where everything came together beautifully. The
director, the actors, the story, etc. It's to serial killer, suspense
films as "The Godfather" is to mafia movies. I feel the only other
movie of it's type to have even come close after "Silence of the
Lambs"' release was "Se7en" with Morgan Freeman & Brad Pitt.
So, it was with a lot of disappointment that I left the theater after
seeing the long awaited sequel to "SOTL", "Hannibal". Jodie
Foster didn't return to play the part of Clarice Starling, Jonathon
Demme didn't direct, and worst of all, Sir Anthony Hopkins'
portrayal of Dr. Hannibal "The Cannibal" Lecter was almost
cartoonish. On top of that, the film was just "ugly". It felt nastier and
dirtier than it's predecessor. More concerned with gore and blood
than telling a decent story.

Well, I'm happy to report that "Red Dragon" has put the series back
on track. This time around, Hopkins plays Hannibal, more as we
first remember seeing him in "SOTL". meaning more subtlety and
slyness and less of the scenery chewing and over-acting that went
on in "Hannibal". Edward Norton is just fine as FBI agent, Will
Graham, who puts Lecter behind bars and then comes out of
retirement to help solve the case of "The Tooth Fairy". Ralph
Fiennes gives a very creepy and effective performance as Francis
Dolarhyde, so good is he IMHO, that I expect him to get an Oscar
nomination for best supporting actor next year. It helps that his
character is more fleshed out, pardon the pun, than Ted Levine's
serial killer in "SOTL".

The director, Brett Ratner, has done a fine job of ending,
(hopefully), this series on a high note. I say, hopefully, because as
much as I enjoyed "SOTL" and now, "Red Dragon", one more trip
to this well, will probably produce nothing but mud.

The only thing that stands in the way of higher praise on my part, is
that it's a sequel, er prequel, to a well loved and admired film.
We've seen some of these characters and situations before. The
meetings between Graham and Lecter are good, but they don't
enthrall me the way they did between Starling and Lecter.
All in all, a fine job on everyone's part. It may not be as
groundbreaking as the original "SOTL", but it has helped to wash
away the "bad taste", sorry, left behind by "Hannibal".