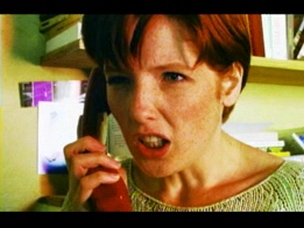 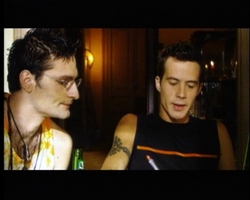 A strait-laced French student moves into an apartment in Barcelona with a cast of six other characters from all over Europe. Together, they speak the international language of love and friendship.

Storyline
As part of a job that he is promised, Xavier, an economics student in his twenties, signs on to a European exchange program in order to gain working knowledge of the Spanish language. Promising that they'll remain close, he says farewell to his loving girlfriend, then heads to Barcelona. Following his arrival, Xavier is soon thrust into a cultural melting pot when he moves into an apartment full of international students. An Italian, an English girl, a boy from Denmark, a young girl from Belgium, a German and a girl from Tarragona all join him in a series of adventures that serve as an initiation to life.

Taglines:
They came from Paris, Rome, London and Berlin to… l'Auberge Espagnole …where a year can change a lifetime.

In the English subtitles, several sections are purposefully translated incorrectly to preserve the humorous nature of the film. The list of strange names around Paris is changed to "Honolulu, Punxsutawney, Piccadilly, Massachusetts, Saskatoon and Machu Picchu;" and during the scene in which Wendy mispronounces "Xavier n'est pas ici…" the English subtitles say "Xavier eez not here…"

Continuity:
When Tobias is talking with William, he grabs a highlighter and a ruler to mark his textbook. In the next shot, we see him underline with a pen and the highlighter is nowhere to be seen.

Isabelle:
It's contradictory to defend Catalan at the very moment we're creating a European Union.

Catalan Student 2:
I don't agree. First of all, because we're dicussing identity. There's not one single valid identity, but many varied and perfectly compatible identities. It's a question of respect. For example, I have at least two identities: my Gambian identity, which I carry internally, and my Catalan identity. It's not contradictory to combine identities.


This is a very well done film showing the life of international
students during their "Erasmus year" in Barcelona which by the way is
one of the most beautiful towns in Europe and is an ideal location.

The idea itself with all the different languages is great and gives the
film an original atmosphere. There are some clichés about the countries
but most of them are true! The characters could not better represent
their different countries.

Having experienced "Erasmus" on myself during my exchang semester in
Italy I can say that is movie is incredibly authentic. I had many
experiences which were similar to the characters (except I didn't get
laid as often). The movie is also quite funny yet not like all those
stupid American college movies.

Finally the movie touches also some important issues like the change
from student to work life.