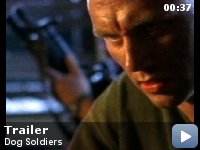 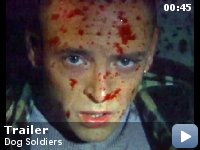 A routine military exercise turns into a nightmare in the Scotland wilderness.

Storyline
A British Squad is sent on a training mission in the Highlands of Scotland against Special Operations squad. Ignoring the childish "campfire" stories heard about the area, they continue with their mission and come across the bloody remains of the Special Ops Squad, and a fierce howling is pitching the night sky… With two mortally wounded men, they make an escape, running into a zoologist by the name of Megan – who knows exactly what hunts them. What began as what they thought was a training mission turns into a battle for their lives against the most unlikely enemies they would have expected – werewolves.

The G3 rifle used by Spoon and later Terry didn't work properly when firing blanks. During some scenes in the house, you can see Terry manually working the bolt to chamber the next round.

Sergeant Harry Wells:
[drunk]
Is it your birthday, Coop?

Sergeant Harry Wells:
Is it my birthday? Hey, hey!

This movie is just…

I must admit that I was pretty skeptical when i picked it up from the
rack at my DVD retailer. A werewolf movie? Aren't they generally so bad
no one wants to watch them/buy them? The fact that it was on sale
didn't help, but I braced myself and got it figuring that if it was
bad, I'd bury it in some deep deep cave and never let it out. But the
movie got me out of my seat with excitement and enjoyment at the action
and the thrills. I remember checking the time on the DVD player and
wincing at the fact I had only half an hour of film left to enjoy.
True, I have seen better special effects. And true some things aren't
very realistic (and the producers acknowledge those things). But for a
studio I have never heard of with a budget far inferior to those of
Hollywood super productions, I found those effects very well done.


A very good movie that gave me thrills I hadn't had since the first
Predator.