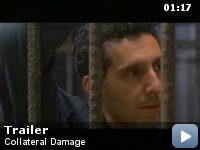 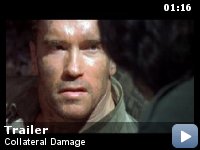 After his family is killed by a terrorist act, a firefighter goes in search of the one responsible.

Storyline
Firefighter Gordon Brewer is plunged into the complex and dangerous world of international terrorism after he loses his wife and child in a bombing credited to Claudio "The Wolf" Perrini. Frustrated with the official investigation and haunted by the thought that the man responsible for murdering his family might never be brought to justice, Brewer takes matters into his own hands and tracks his quarry ultimately to Colombia.

Taglines:
What Would You Do If You Lost Everything?

The movie was supposed to include the famous Colombian actress Sofía Vergara, who played an airplane hijacker. But after the September 11, 2001 terrorist attack, the scene where Vergara would hijack a plane was scratched from the movie. Moreover, scenes which might be considered unpatriotic have been excluded.

Errors made by characters (possibly deliberate errors by the filmmakers):
The terrorist group's banner, with the letters ALC and an outline of Colombia, is incorrect. The A is for Army, but the Spanish word for Army is Ejercito.

[referring to Gordon as Armstrong's replacement]

Felix:
It's like ordering a pizza. You ask for Canadian Bacon you end up with a German sausage.


Yes, another typical Arnold Schwarnegger film which translates to (a)
interesting all the way; (b) very violent; (c) very far-fetched. Here,
Arnold is just a plain old fireman but he turns into superhero, doing
things only Superman or Batman could accomplish….but it's still fun
to watch.


After seeing his wife and kid blown up by Columbian terrorists, Arnold
goes after the latter, traveling to the jungles of that South American
country and taking them on! In the end, he's in Washington trying to
diffuse another terrorist plot. He's amazing. What CAN'T this guy do?
Yes, it's ludicrous….but it's not meant to be taken seriously, folks!
It's just entertainment for fans of action movies, nothing more.

There is a nice twist at the end of this story and it involves a very
intriguing-looking woman, Francesco Neri. I just love that woman's
face: very sexy, especially for someone her age. She's also in
"Hannibal" but I think the rest of her films are Italian. I would like
to see more of her work.

There are also some short appearances by two always-entertaining
actors, John Turturro and John Leguizimo. Scharwarznegger's action
films usually have a fair amount of tongue-in-cheek humor and those two
actors help along those lines in this film.

Elias Koteas plays the too-gung-ho FBI guy. Hollywood just will not
portray an FBI, CIA, DEA, or any government agent in a positive manner.
That would offend their liberal peers in the movie business, so Koteas
plays the lawman you can't trust in this movie. In fact, they make it
so you don't know if you can trust anyone in the government, which also
is typical Hollywood fare.

Don't believe the national critics, however, if they panned this film.
It's two hours of good escapist fare.