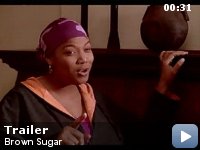 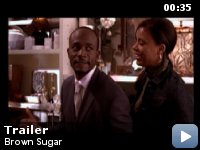 Storyline
This romantic comedy centers on a romance between an A&R exec, Dre, at a hip-hop label and a magazine editor, Sidney, who have known each other since childhood.. They find themselves drifting towards being more than friends, even as Dre is engaged, and Sidney starts being wooed by a handsome basketball player.

Taglines:
When did you first fall in love with hip-hop?

Crew or equipment visible:
During the scene where Sidney and Dre are walking through The Mall in Central Park, you can hear someone giving set directions.

Dre:
Simplicity provides a fine line between elegance and plainness.

A woman's love for hip hop grows as she ages and learns the significance behind it as well as who it represents.


My summary of the movie is my opinion. I love this movie because I feel
that Sidney Shaw is using a metaphor throughout the whole movie. She is
comparing Hip Hop to her best friend Dre, both of which are alike. I
find this movie amazing because of all the metaphors found within the
movie, that only one can find if they look closely.


For example, when Sidney and Dre are in the store looking at something
to buy for her new place, they come across a "vase" and the woman at
the store explains to them that many couples enjoy that piece. Later
within the movie, you see that that vase is in Sidney's house.

I also enjoy this movie because everything that is said, and everything
that is done within the movie has a meaning behind it. Foreshadowing is
found everywhere, you just have to look closely enough for it. Nothing
in this movie is done without a reason.

Every line said within the movie is said beautifully and has
significance behind it. My favourite line within the movie, that I've
carried with me ever since I heard it is, "So what is the difference
between rap and hip-hop? It's simple. It's like the difference between
saying you love somebody and being IN love with somebody. Rap is just a
word." When I heard that line, I fell in love with this movie and I had
to watch it over again, and I have watched it many times. Each time I
find more meanings that I missed the first time. What I like even more
about this movie is that they use actual artists in the movie that
state their opinion on "When they first fell in love with Hip Hop."
"Brown Sugar" spoke to me. It's real. Nothing in it is fake like in the
majority of movie's these days which is why I think I enjoy it so much.
I recommend this movie to anyone who has a passion about something or
to anyone who looks for significant meanings behind anything.