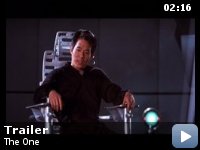 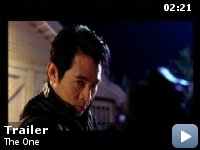 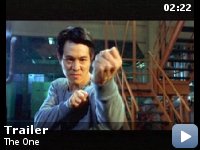 A sheriff's deputy fights an alternate universe version of himself who grows stronger with each alternate self he kills.

Storyline
There is not one universe, but there are many, which is a multiverse. Supposing you are just one person, there are many other versions of you in the other universes, there are ways to travel, but only a police agency,MVA, can travel only for police procedures. Gabriel Yulaw is a former MVA agent, who killed another version of himself in self-defense. It made the other versions of him stronger. When Yulaw found out about this, he became power-hungry killing the 122 other versions for two years. After killing Lawless and getting captured by his former partner Roedecker and a new MVA agent Funsch, Yulaw managed to escape the prison and is trying to kill his last target, Gabe Law who is a police officer. He is also at Yulaw's strength. Roedecker and Funsch now have to arrest Yulaw before he can kill Gabe. There is a possibility that the universe could die or make Yulaw invincible. After encountering Yulaw for the first time…

Taglines:
In order to save the universe, he will have to fight the fiercest enemy he has ever faced…himself.

As someone mentioned earlier, Yulaw uses xingyi quan. There is a scene in the movie where is he practicing his xingyi when he's shackled and jailed. This is a reference to the famous Xingyi master Kuo Yun Shen who did the same thing when he was jailed.

Revealing mistakes:
When Gabe is going over the high wall at the police station to catch Yulaw, the barbed wire on top of the wall he struggles through is obviously made of rubber/foam.

Narrator:
There is not one universe. There are many: A multiverse. We have the technology to travel between universes, but travel is highly restricted and policed. There is not one you. There are many. Each of us exists in present time, in parallel universes. There was balance in the system, but now a force exists who seeks to destroy the balance so he can become The One.

After watching most of the recent action movies, I left the theatre with a
headache brought on by incredibly tight/shaky shots and edits so fast that
any hope of seeing anything is lost. This movie takes a step back from
that. It isn't entirely devoid of those annoyances, but is much better than
most. In fact, at times, you can even see a whole string of punches and
blocks without a cut or a shake! Of course there is the inevitable wire
work, that combined with the necessary special effects to allow Jet Li to
fight himself. But for once there is an excuse other than "because we
can".


The story is pretty simple. A murdering criminal is killing all the copies
of himself in all the other "universes". Each time one dies the life
force/resonant string thing, gets divided amoungst the survivors. Of course
this leaves a ton of questions that aren't addressed at all in the movie,
but I can live with that since those are more topics for debate after having
fun at the movie. That is one of the strengths of the movie, the
progressively more intense action. As the movie progress, rather than
trying to deal with any question the viewer might have, the pace and
intensity of the movie goes up. The final action sequence is probably ten
minutes long all told, which, to me, is a sign of a true action movie, as
opposed to movies with action.

Overall I give it a 8/10 for fans of the genre. If you aren't particularly
interested in sci-fi/martial arts, especially if you have a problem with
wire work and blue-screens, then you might want to skip
it.