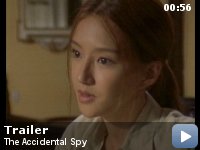 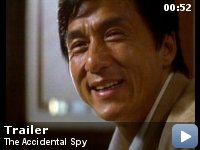 This action movie unfolds with the story of Bei, a salesman at a workout equipment store, who harbors dreams of adventures…

Storyline
This action movie unfolds with the story of Bei, a salesman at a workout equipment store, who harbors dreams of adventures. It all starts when on one normal dull day, Bei follows his instincts to trail two suspicious looking men into an alley. When he realizes that these men are robbing a jewelry store, he jumps into action to foil their plans. Soon after Bei meets Liu, a private investigator who convinces Bei that he may be the long-lost son of a rich Korean businessman. In no time, Bei is on his way to fulfill his dreams of adventure and fortune travelling to Korea and even exotic Turkey. As Bei is drawn deeper into the game of cat and mouse, he realizes he has become the key to locating a lung cancer virus. With an assortment of characters fighting him along the way, will Bei succeed in finding the virus himself?

Crew or equipment visible:
When Buck's SUV pushes the Hyundai Sonata backwards into the pond, a cast member is visible briefly on the right side of the screen attempting to jump out of the way.

Jackie Chan's greatest weakness in his movies is predictability: you know
the good triumphs over evil, the good guys are easy to identify, Jackie
drop-kicks some butt, and he takes time to save kids and babies (not to
mention babes, who sometimes save him). You know that if he gets the girl,
he doesn't get very far (PG all the way).

In his best movies, this is his greatest strength, too: against the repeated
backdrop of white and black hats, you're never quite sure how he's going to
manage to clutch victory from the jaws of defeat. You know he's going to get
cornered by 6 black hats with 18 weapons in some storage room…and somehow
use whatever's stored there to do away with the evil-doers.

Unfortunately, in the Accidental Spy, we're not kept guessing very long. The
fight scenes are overly predictable (and, too often, the victim of a punch
will start rolling their head back before they're punched). The plot is as
unimportant to the Jackie Chan machine as usual, but, unlike other movies of
his, the characters aren't memorable. The love-interest is lovely, but not
interesting. The spy-who-coulda-have-loved-Jackie is relegated to making
plot-digressing phone calls ("did you order a helicopter?").

And it's too bad, because there's otherwise some good material here: drug
kingpins and orphans, lost parents, competing spy agencies, and beautiful
locations (especially those Istanbul and other parts of Turkey). It's too
bad that his escape from a Turkish bathhouse is wasted in this movie (you
try to confront a half-dozen apes with only your bath towel to save
you…and then not even the towel).

The dubbing doesn't help. Instead of offering the film in its original
Chinese with subtitles (easily possible in this digital age), we're stuck
with dubbing that sucks away what little life remains in these
two-dimensional characters.

I really like Chan's movies, but he could have phoned his performance in for
this one. Chan, unfortunately, is missing from his own
movie.