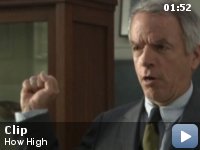 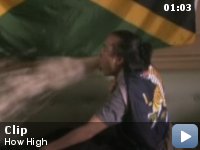 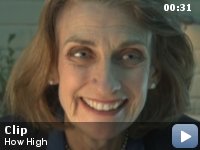 Two guys by the name of Silas and Jamal decided to one day smoke something magical, which eventually helps them to ace their college entrance exam.

Storyline
Two guys by the name of Silas and Jamal decided to one day smoke something magical, which eventually helps them to ace their college entrance exam. This eventually lands them in Harvard, where they're surrounded by the world of Ivy Leaguers. Although their new lifestyle is much different from back home, they kept on having fun until their supernatural smoke runs out. Now, they are on their own and they have to rely on each other to survive.

Taglines:
They've got their degrees all rolled up.

In creating the sound for the mystical pot plant (Ivory), sound designer Andrew Somers (uncredited) used a Theremin and a set of Obsidian Chimes. For the sound of the giant bong, (and the sound of Ivory appearing) they recorded inhaling through an actual bong.

Factual errors:
Silas and Jamal dig up the grave of president John Quincy Adams in an unspecified cemetery, when in reality, the president is actually buried in a family crypt beneath the United First Parish Church.

Tuan:
Your costumes, man! If you pimp, you BROKE pimp!

Cheech and Chong see the Millenium

It's been done before in "Friday", and "Up in Smoke." There's no great plot
line. There's no moral plea. There's no character development, cool
graphics, intense cinematography or internal conflict. And yet.

This movie defies all the rules of story writing and film making. The
absolute preposterousness of the storyline alone is intellectually
offensive. And yet.

It was hilarious. From beginning to end, I laughed.

Warning: This is what my mother would call "ignorant humor". The things
that in the opinion of the majority degrade and offend, but for some reason
are funny.

Rappers Method Man (Wu Tang Clan) and Redman play two "potheads" (for lack
of a better term) who through the use of a magical herb attain brilliance
and gain acceptance to Harvard University. There is a scene that spoofs the
old Reese's Peanut Butter Cup commercial where Method's character Silas sits
in his car with a bag of contraband and no blunt. In the next car Redman's
character Jamal sits in his car with blunt and no contraband. And thus a
friendship is born. The two Ivy Leaguers wreak havoc along the Eastern
Seaboard Cheech and Chong style.

You can tell by watching his MTV Cribs special that he has a funny bone.
But who knew Redman was a bonafide comedian. Method Man was more or less the
straight man but the rest of the ensemble cast provided enough laughs to
split your sides.
Especially notable was Mike Epps who portrayed Babypowder the Pimp. Can you
imagine a pimp at Harvard? The alumni will no doubt write many letters.

Parents: The subject matter of this film is questionable. This film may not
be suitable for children. Unless you smoked a lot of "grass" back in the
70's. Then you can't trip because you'll be hypocrite if you do.

There's more marijuana in this film than "Friday" and "Next Friday" put
together. If that's a turn on for you then by all means see the film.

If it's a turn off for you go see it anyway. The Harvard Pimp is worth it.

Don't tell my mother I laughed.

TagsUSA
The Lord of the Rings: The Fellowship of the Ring
Kate & Leopold