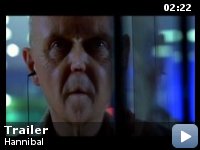 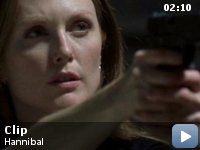 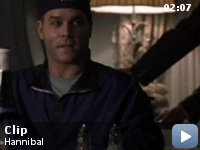 Hannibal returns to America and attempts to make contact with disgraced Agent Starling and survive a vengeful victim's plan.

Storyline
The continuing saga of Hannibal Lecter, the murdering cannibal. He is presently in Italy and works as a curator at a museum. Clarice Starling, the FBI agent whom he aided to apprehend a serial killer, was placed in charge of an operation but when one of her men botches it, she's called to the mat by the Bureau. One high ranking official, Paul Krendler has it in for her. But she gets a reprieve because Mason Verger, one of Lecter's victims who is looking to get back at Lecter for what Lecter did to him, wants to use Starling to lure him out. When Lecter sends her a note she learns that he's in Italy so she asks the police to keep an eye out for him. But a corrupt policeman who wants to get the reward that Verger placed on him, tells Verger where he is. But they fail to get him. Later Verger decides to frame Starling which makes Lecter return to the States. And the race to get Lecter begins.

Taglines:
Never Forget Who He Is

Originally, it was hoped that this film would re-unite the principal players from
The Silence of the Lambs. It turned out that only Anthony Hopkins and Frankie Faison returned for this film. However, it turned out to be a reunion for Hopkins anyway, as he had previously worked with Julianne Moore in
Surviving Picasso and Gary Oldman in
Dracula.

Audio/visual unsynchronized:
The voiceover "reading" Hannibal's letter to Clarice is very different from the written version we see.

Hannibal Lecter:
Are you by any chance trying to trace my whereabouts, you naughty girl?


It's frustrating reading so many negative IMDb comments and media
reviews of "Hannibal", because the problems lie not with the film
itself but expectations of it. It is also obvious that few critics and
commentators are familiar with or fans of Thomas Harris' books; most
have only seen the film version of "Silence of the Lambs" which, while
very good, was a carve-up of Harris' book, that eliminated or mauled
several key sub-plots and moments of character interplay. Rather than
the fascinating cerebral relationship Lecter and Starling have in the
book, the film SOTL was pretty much a clichéd horror film: dark
corridors, cellars, etheral music, a bit of gore. Most probably watch
Hannibal expecting more Lecterisms, more I-ate-his-liver quotes, more
spooky music and low lighting. What they've got is a much closer
interpretation of Harris' work, and they consequently haven't liked it.


In Hannibal we see much more of what Harris intended Lecter to be: a
figure of paradox, representing the highest order of human intelligence
and the most despicable elements of human behaviour. Lecter is both
likable and detestable; at many times in "Hannibal" you find yourself
rooting for him, while knowing that you shouldn't. It's this morality
twist which makes Harris' work, and this film, truly uncomfortable.
Starling has been reduced to a slightly smaller role in this film, as
she was in the book (this possibly figured in Jodie Foster's decision
to turn down the role). Hopkins, this time given greater scope than
dungeon-dwelling abomination, explores the character to great effect.
Moore is adept if sometimes overly keen, while Liotta is fairly wooden,
though in the final "head-opening" scene he does a good job of evoking
grotesque pity in cohort with black comedy.

The film is visually stunning, if a trifle excessive. The Florentine
scenes are a swirl of colour and movement; the excellent operatic score
underpins the concept of Lecter as cultural, refined and sophisticated.
The screenplay was a workmanlike adaptation of Harris' novel, with very
few changes. Overall I thought the film was a fine one and should be
destined for a few award nominations. It is just a shame that Hannibal
has essentially been judged in comparison to SOTL, rather than in its
own right – and its reputation has therefore been affected by a silly
expectation that sequels should provide more of the same, rather than
exploring new ground.