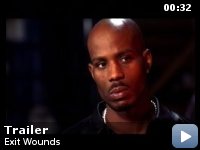 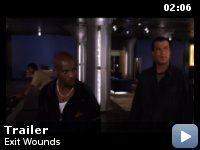 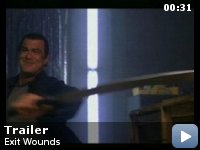 Orin Boyd, a tough cop in an inner-city precinct discovers a web of dirty cops and corruption.

Storyline
Orin Boyd (Seagal) is a Detroit cop who doesn't follow rules. After he saved the Vice President by violating every order he received he is transferred to one of the worst precincts in the city. There he quickly encounters some corrupt cops selling heroin to drug dealers. The problem is, it's very difficult to tell who is the bad guy and who you can trust.

Taglines:
This Is Gonna Hurt

During filming in Hamilton, a van was being towed along a street upside-down as part of a chase scene; stuntman Chris Lamon and another man were supposed to roll safely out, but Lamon apparently struck his head, and died six days later. Todd Schroeder suffered a concussion in the same incident. The scene was re-shot with the van moving slower and the stuntmen placed differently.

Continuity:
Boyd grabs a submachine gun, a Skorpion vz. 61 or similar, from one of the terrorists, which changes to an Uzi-type submachine gun, then two different handguns and back again between shots (although the sound remains constant throughout as that of a submachine gun).

Vice President:
Ladies and gentleman, it's a pleasure for me to be here on such a beautiful day, in the great city of Detroit. And I'd love to tell you all to sit back, relax, and enjoy yourselves. I'd love to, but unfortunately, I can't do that. There's a very serious issue that's spiraling out of control in this country…

A dance of violence…


'Exit Wounds' begins explosively with a terrorist raid on the Vice
President, who is surrounded by an array of police escorts…

When renegade Detroit detective Orin Boyd (Seagal) takes on the whole
Michigan militant group to save the man's life, in true action hero
fashion, he is punished for his lack of respect for authority and
procedure and sent to one of the toughest precincts in the city of
Detroit, the 15th…

Once there, Seagal begins his usual habit of investigating things he's
not assigned to, and quickly begins to suspect police corruption
involving a major heroin operation…

He lands in a bad dangerous precinct and before you know it finds
himself in nonstop furious action, trying to clean up the streets while
taking on drug dealers and dirty cops pretty much all by himself…

TagsCanada
Get Over It
Heartbreakers