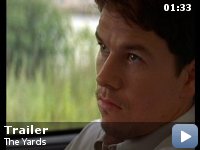 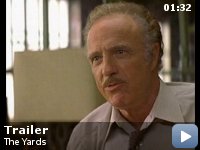 In the rail yards of Queens, contractors repair and rebuild the city's subway cars. These contracts are lucrative…

Storyline
In the rail yards of Queens, contractors repair and rebuild the city's subway cars. These contracts are lucrative, so graft and corruption are rife. When Leo Handler gets out of prison, he finds his aunt married to Frank Olchin, one of the big contractors; he's battling with a minority-owned firm for contracts. Willie Gutierrez, Leo's best friend, is Frank's bag man and heads a crew of midnight saboteurs who ruin the work of the Puerto Rican-owned firm. Leo needs a job, so Willie pays him to be his back-up. Then things go badly wrong one night, a cop IDs Leo, and everyone now wants him out of the picture. Besides his ailing mom and his cousin Erica, to whom can Leo turn?

Taglines:
He's the target of the most merciless family in New York. His own.

The New York City Transit Authority (NYCTA) initially refused permission to film on its property. The filmmakers decided to film at an old abandoned freight yard and a studio set. Finally, a deal was reached allowing one scene to be shot inside the 207th Street Car Shop and Yard on NYCTA property.

Factual errors:
The cars in the "subway yard" are not actually subway cars; they are circa-1963 suburban commuter coaches for the Metro-North & Long Island Railroads.

Excellent look at the seething underbelly of New York City.

It is hard to understand why this film couldn't command better distribution
than it did. It has a bankable cast, a strong story and a realistic
presentation. It is a raw and dark story about corruption by contractors
supplying the transit system in New York City. Parts of the story are all
too familiar and the entire film is very Godfatheresque. However, while
`The Godfather' glorified organized crime, this film gives a much grittier
view of the dirty deals and conniving, stripped of the Hollywood veneer.
That is precisely what I liked about it, and in all likelihood, it is the
reason that it foundered on the market.

Leo Handler (Mark Wahlberg) is just returning home from prison on a car
theft conviction when the movie opens. He is repentant and sincerely wants
to go straight. The deck is stacked against him though, because everyone he
knows other than his mother (Ellen Burstyn), aunt (Faye Dunaway) and cousin
(Charlize Theron) is corrupt. Leo applies for a job with his uncle Frank
(James Caan) who is a contractor supplying parts to the New York subway
system. He is reunited with an old friend, Willie Gutierrez (Joaquin
Phoenix) who is currently working for Frank. Willie is eyeball deep in
shady deals including the sabotage of other suppliers. One night a sabotage
mission goes wrong and Leo assaults a policeman while trying to escape the
scene. A manhunt ensues and both the cops and Leo's uncle are trying to
hunt him down. With sinister intent, Uncle Frank wants to find him first so
he won't blow the lid on the crooked dealings.

The story, written and directed by James Gray, delves into various character
studies that bog down at times. However, speaking as a person who once
lived there, it is an excellent rendering of New York attitudes and
mannerisms, and includes plenty of not-so-glamorous shots of New York's
seething underbelly. This is a New Yorker's eye view of the city, far from
the glitz of Broadway, Wall Street and the art galleries. It shows the
competitiveness and machismo of a segment of society known only to the
locals.

The acting by the ensemble cast is outstanding. All the players capture the
essence of the New York middle class gestalt beautifully. Mark Wahlberg
delivers a somber but resolute character trapped in a vortex of graft and
corruption. His performance is understated yet powerful. James Caan is one
of the best at playing the small-time racketeer and he nails it again with
his portrayal of the dirty dealing supplier. Joaquin Phoenix also shines as
Willie, giving him a macho personality and the ability to rationalize any
act according to his own code of morality. The cast includes Faye Dunaway,
Ellen Burstyn and Charlize Theron in strong supporting roles. Steve Allen
makes an extended cameo as the tainted commissioner.

This film is excellent and has been sadly overlooked by the distributors and
the public. I rated it a 9/10 despite a somewhat familiar storyline,
because the presentation is so precise and the style so un-sanitized. The
film has a real New York feeling to it, especially recognizable to anyone
who has lived there. It has my vote for the sleeper of
2000.