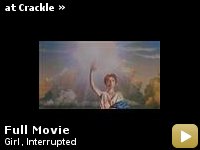 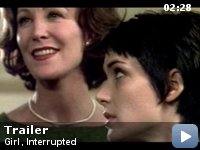 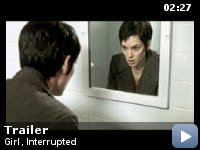 Based on writer Susanna Kaysen's account of her 18-month stay at a mental hospital in the 1960s.

Storyline
Susanna is rushed to the hospital. Afterwards she discusses this with a psychiatrist. She had been having some delusions. She had also been having an affair with the husband of her parents' friend. The doctor suggests that combining a bottle of aspirin and a bottle of vodka was a suicide attempt. This she denies. He recommends a short period of rest at Claymoore. Claymoore is a private mental hospital full of noisy, crazy people. Georgina is a pathological liar. Polly has been badly scarred by fire. Daisy won't eat in the presence of other people. Lisa is a sociopath, the biggest exasperation for the staff – like Nurse Valerie – and the biggest influence on the other girls in the hospital. Lisa has a history of escapes, so gaining access to personal medical files is not a problem… Susanna's boyfriend Toby is concerned that she seems too comfortable living with her institutionalized friends…

Taglines:
The crazy thing is, you're not crazy.

Rose McGowan and Claire Danes auditioned for the role of Lisa.

Crew or equipment visible:
When Susanna is walking through her house during the party, there are extras there. In the background, you can hear, "Look, there's Winona Ryder".

Susanna:
[narrating]
Have you ever confused a dream with life? Or stolen something when you have the cash? Have you ever been blue? Or thought your train moving while sitting still? Maybe I was just crazy. Maybe it was the 60's. Or maybe I was just a girl… interrupted.

I came to the film with low expectations. I was simply stunned by how good
it was.

Angelina Jolie is an absolutely PHENOMENAL actress. Her performance alone is
worth watching the movie for. But unlike show-stoppers like Marissa Tomei in
"My Cousin Vinnie," merely shines the brightest light in a luminescent cast.

The cinematography was innovative, but not distractingly so– "Girl
Interupted" shines primarily for its dramatic power, not as a mind-blowing
work of art. It will not explode your vision of the mundane world in the
same way that "American Beauty" might, but it will certainly probe you to
question your way of seeing the world– at least psychologically.

Winona Ryder challenged my preconception of her, and proved herself as more
than a pretty-girl. Her performance was convincing as Suzanna, a confused
high-school graduate who is eloquent and insightful on paper yet unable to a
rticulate her own desperate melancholy.

The movie takes place primarily in the women's ward of a mental institution
and follows the dynamic friendship between Lisa (Jolie's character) and
Suzanna. Lisa is a kinetic, dynamic personality who cuts right to the
"truth" of things. Her "truth" knows no boundaries and she is a controlling
person prone to violence. Her piercing insights about people and social
recklessness led to her to be institutionalized as a sociopath.

This is not a depressing film. Rather, it is suprisingly life-affirming. Not
cloying, not sacherine, but not inpenetrably dark,
either. Anyone seeking an angst-ridden portrayal of abuses in mental
institutions should check out Jack Nicholson's "One Flew Over the Cuckoos
nest."

This film has little of the violent anger of that old classic. Yet it does
echo some of the ebulience, the defiance of authority and embracing of
freedom at sometimes incalculable cost.

Performances by Whoppie Goldberg (in a serious and nuanced role) and Vanessa
Redgrave were excellent, as expected.

With the exception of a few holywood gimmicks, predictable cuts and music,
this is a nearly flawless film. Dead-on dramatically, and excellently
scripted and based on an eloquent true-story by Suzana Keisen, this movie
offers a glimpse of one intensely personal experience of truth. Without the
quotation marks, dark cynicism, or pretensions that revelation so frequently
entails.