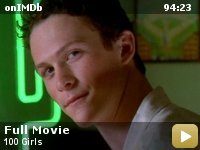 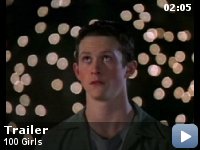 This sexy, teen-comedy is about a freshman, Matthew, at college who meets his dream girl in a dorm elevator during a blackout…

Storyline
This sexy, teen-comedy is about a freshman, Matthew, at college who meets his dream girl in a dorm elevator during a blackout. He never sees her face, but instantly falls in love. In the morning, the power is restored, but the "dream girl" has vanished. All Matthew knows is that she lives in an all-girls dorm. He sets out on a semester-long journey to find his mystery girl amongst a hundred female suspects. Could it be Wendy? Dora? Arlene? Patty? Cynthia? Or the 95 other girls, any of whom could have been in that elevator with Matthew.

Taglines:
He met the girl of his dreams. If only he can meet her again.

Continuity:
When the two guys first start in the Female Studies class, the teacher starts scolding the guys for being there. One of them starts pulling his knit cap down over his face, but in the next shot, the hat is back on his head.

Matthew:
One hundred girls. And one of them is my true love, my forever soul mate, the Betty to my Barney, my kismetic destiny. The problem is I don't know who she is.

The boy next door, exploring… women.


This movie has its obvious drawbacks. For instance, pretty much all the
women/girls in the movie are very attractive. Even the ugly girls
aren't really that ugly. Then we have the quasi/anti-feminism message,
which will probably annoy people. And there are lots of stereotypes and
clichés throughout the movie. In fact, the movie is actually _based_ on
stereotypes, mainly those concerning the roles and rules of gender and
courtship.


But all that is sorta the point! (Except the "all girls are
pretty"-bit, which annoys me.) So, if you're not too hung up on the
flaws, "100 Girls" is actually rather funny! Laughing out loud isn't
hard at all. The main character, Matthew, is sorta cute, in a
completely undate-able sorta way. (Nice guys do finish last. Sorry!)
The girls are neurotic and predictable. But the story isn't _too_
predictable either. (After all, _you_ try making an original High
School movie! Iz not that easy I tell you.)

But this banality is probably the point of the movie, and it works as a
whole. Even if you don't really care whether Matthew ever finds his
lost mystery-love or not, it's still entertaining to watch his quest
for love, and to hear the sometimes utterly blunt facts of life and
genderhood that are spelled along the way. (Yes, most young men do find
it stressful to hit on girls. Really? And yes, men and women may have
some difficulties communicating with each other, because they have
different experiences and different goals.)

So, in summary: A round of applause for banality and simple stories, as
long as they're delivered with warm humor and jokes about the human
anatomy!

TagsUSA
Nine Queens
The Way of the Gun