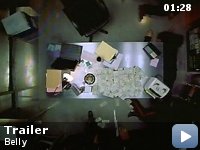 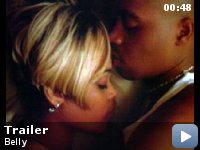 A pair of vicious black gangsters have spiritual awakenings.

Storyline
Tommy Brown and his friend Sincere are gangsters who have learned how to make a good living by dealing drugs and pulling armed robberies. Tommy and Sincere have been able to move out of the ghetto in Queens where they were raised and relocate to an upscale section of Manhattan; they would seem to have it made, but both realize that their lives are headed toward a dead end. Sincere begins getting in touch with his African roots and tries to convince his girlfriend Tionne that they should emigrate to the Motherland, while Tommy has a religious awakening and joins the Nation of Islam.

Method Man's character's name, Shameek, comes from the introduction to "7th Chamber" from the Wu-Tang Clan's 1993 debut, Enter the 36 Chambers.

Rev. Saviour:
I knew you were coming… so I sent everyone away… because I believed my final moment was at hand. Before you pull that trigger… and take my life, I would like the chance to tell you some things, perhaps to think about after I am gone. Don't worry about me stallin'…


Please disregard the above review. Either the viewer likes being
spoon-fed his films, or was not paying attention. Note that the viewer
didn't even attempt an understanding of the title "Belly," which was
the central theme of the film. The viewers others comments can stand
for themselves.

In all honesty, the first time I watched this film, I actually turned
the volume down — I was enraptured by the way each scene was composed
on the frame. Visually, this movie is stunning. The director has a
striking style, and besides that, he is PRODIGIOUS — there appears to
be no end to the ways that he can make his compositions rich in visual
entertainment and information. I can enumerate a list of techniques he
used here, but that will be an exercise in boredom for today's
cyber-nauts. Even more important, the compositions are never created
for their own sakes, which was my initial criticism the first time I
saw it — they really do propel the film. The style is integral to the
story. Get the film and you will see what I'm referring to; if you
disagree, say so in your review.

80% of the film seems to be a riff on the hip-hop video aesthetic
(never mind the fact that the director greatly defined the recent shape
of this aesthetic) and myth. In it's third act, however, it uses the
very same conventions — outlaw figures, ostentatious style, and
violence — to confront and question these aesthetics. In the climactic
ending, this criticism is embodied in the confrontation between one of
the heroes of the film (DMX) and a figure symbolic of actual figures
from black history. The director actually used an anachronism to face
down a contemporary hero, and argues for the relic.

What the film argues for, as embodied by the final speech of the
Minister character, is a message so powerful and relevant —
particularly to the very people who will associate themselves the most
with this film — that it will leave you breathless. It is a timeless
message passed down from antiquity, framed by the most daring and
contemporary of directors. It is an exhilarating juxtaposition.

What of the title, "Belly?" A belly is what a pregnant woman has; it is
the external shape of soon-to-be-born child. It is the womb, the source
of life. It is the promise of what is to be, as well as the origins of
what is. If you abstract it, it's shape will be that of a circle – the
symbol of wholeness, of the journey to individuation. It is the same
difficult journey that the movies' anti-heroes take.

BELLY is a powerfully visual, yet simple tale about redemption. Not to
be missed.