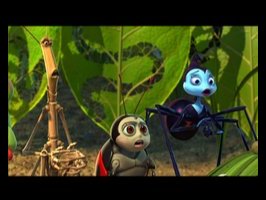 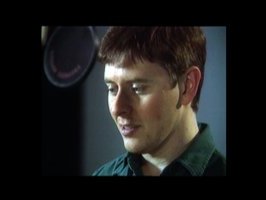 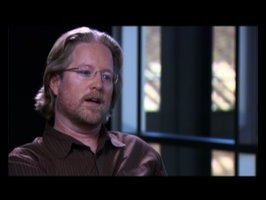 A misfit ant, looking for "warriors" to save his colony from greedy grasshoppers, recruits a group of bugs that turn out to be an inept circus troupe.

Storyline
Every year, a bunch of grasshoppers come to the anthill and eat what the ants have gathered for them. The "offering", as the ants call the ritual, is a part of their fate. One day in spring, when the offering's preparation has just been finished, Flik, unliked inventor ant, accidentally drops the whole offered seeds into the river. The grasshoppers come and give the ants a second chance to collect food until fall. Flik sets off to find bugs that are willing to fight the grasshoppers (nobody expects him to succeed anyway) and, due to a double misinterpretation, returns with a circus crew, giving everybody new hope. When the misunderstanding finally gets cleared out, there is only little time left for a new plan, which has to work, or else…

Taglines:
An epic of miniature proportions.

The two mosquitoes trapped in the light of the bugzapper ("Frank, don't go towards the light!" "I can't help it – it's so beautiful!") are the voices of the co-directors, John Lasseter and Andrew Stanton.

A Bug's Life: Not Just Art, But Heart

(originally a response to a movie reviewer who said A Bug's Life was too
much, too fast–he was "dazed and exhausted" by the visuals, and seemed to
ignore the story completely)

Okay, first off, I'm 26 years old, have a job, go to school, and have a
fiance'. So maybe I'm nuts and just really good at hiding it…but not only
did I NOT come away from A Bug's Life exhausted or dazed, it wasn't until I
saw it the second time that I could even begin to truly appreciate the
artistry and humour of the spectacular visuals–because the first time I
went to see this movie, I got so wrapped up in the story and the characters
that I FORGOT that I was supposed to be sitting there being "wowed" by each
frame visually. How can you not empathize with Flik and his
road-to-heck-paved-with-good-intentions life? "Heck" indeed, I found myself
identifying with that little ant (not to mention some of the other bugs) in
a lot more ways than one…and that, in itself, says more to me about what
an incredible movie this is than a whole book on its beautiful eye candy. Of
course, it's beautiful (every blade of grass, the tree, the rain…). Of
course, what they can do with technology is amazing (you can read their
lips! try it!). But this movie is not just a masterpiece of art and tech,
not just an dazzling explosion of movement and color. No, A Bug's Life
would be static if it were all that and no story. But, I'm glad to say,
it's not! A Bug's Life has real heart. Yes, there's a lot going on,
storyline-wise as well as visually, but that's because the story and
characters actually have some depth to them! Just because it's a kids'
movie doesn't mean you should have to turn off your brain at the theatre
door–kids are smarter than you think! Besides that, I think that the PIXAR
crew made this for themselves, even before their kids…and it shows, in the
amount of heart in has. This movie is moving, touching, funny, intriguing,
and generally engrossing. The character development in such an ensemble
cast is amazing, there's a major amount of character growth, and not just of
the main character–so rare in animation and often in movies in general. It
doesn't hit you over the head with its points once it's made them–every
scene, every frame has a reason in the storyline for being there, and there
are no gratuitous shots. Not always stating explicitly in words exactly
what is going on means subtlety, to me, folks; it means not "dumbing down"
your movie and assuming the audience is stupid, which it mostly is not. All
I can think is, if you can see A Bug's Life and not feel anything at all,
then you must have never made a big mistake, hurt your friends, had a crush,
fallen in love, been frustrated that no one would listen to you, lied to
someone you care about, felt like a social misfit, gotten excited over a new
idea, come up with a great idea, had what you thought was a great idea
backfire, been awkward one moment and confident the next, felt the pressure
of responsibility, stood up for yourself and your loved ones, stood alone
against the crowd, felt like a failure, felt like a big success, felt the
need to make a difference with your life in the lives of others…well, you
get the point. Final words: A+ rating from me; please, if you're going to
see it try to see it in the theatre (pan and scan video is NOT going to work
for this movie); if you loved Toy Story you'll most likely love this (PIXAR
knows how to make movies with heart); if you do love it see it multiple
times or you STILL won't know what you're missing (the amount of detail and
subtlety here is considerable); and whenever you're feeling really low, just
pretend it's a seed, okay?