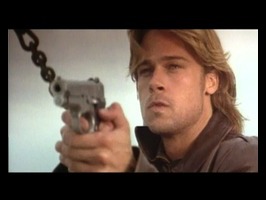 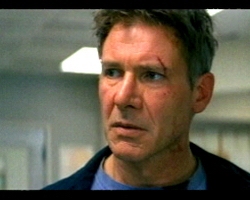 A police officer uncovers the real identity of his houseguest, an IRA terrorist in hiding.

Storyline
A thriller about an IRA gunman who draws an American family into the crossfire of terrorism. Frankie McGuire is one of the IRA's deadliest assassins. But when he is sent to the U.S. to buy weapons, Frankie is housed with the family of Tom O'Meara, a New York cop who knows nothing about Frankie's real identity. Their surprising friendship, and Tom's growing suspicions, force Frankie to choose between the promise of peace of a lifetime of murder.

Taglines:
One man trapped by destiny, and another bound by duty. They're about to discover what they're willing to fight, and to die for.

Revealing mistakes:
When Tom enters the morgue, Eddies eyes twitch, though he supposed to be dead.

Billy Burke:
Go get the money and we can do the deal. There's a warehouse at 12th and 7th. I'll be waiting. And please don't fool around… or I'll kill your friend.

Why must Hollywood meddle in things it doesn't understand?

I say this making no pretense at completely understanding the Irish
conflict myself (you'd have to ask someone with experience of Belfast for a
more authentic take on the situation), but the irresponsible way the
troubles were used here as a backdrop to what is supposed entertainment
staggers me. It isn't as if it needed this detail; the terrorist could have
been from any unspecified organisation. In the incompetent handling of
sensitive issues that the makers really have no idea of, the production team
involved in this really have let themselves down. Brad Pitt realised this
too late and henceforth disowned the film, a fact which made me admire and
respect him even more.


For this I wanted to hate the film, and yet found myself unable to.
Beneath the misbegotten attempts at 'political comment', there is a decent
little thriller struggling to get out. Pitt is great as the terrorist
(dodgy accent aside) and Ford is as reliable as ever in the role of the
honest cop. Director Pakula keeps the story moving at all times and stages
the action well. Despite all these pluses, I constantly felt uncomfortable
at the ways in which the script tried to manipulate my sympathies. While
it's not quite enough to make me downgrade the film on an enjoyment level,
it loses big points from an ethical perspective. Shame on you
Tinseltown.