Another Nine & a Half Weeks 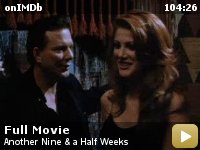 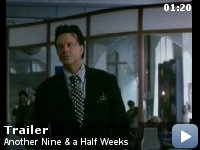 John flies over to Paris to find out his girlfriend Elizabeth. He finds a mysterious fashion designer named Lea and her assistant Claire…

Storyline
John flies over to Paris to find out his girlfriend Elizabeth. He finds a mysterious fashion designer named Lea and her assistant Claire, and it turns out that Lea was Elizabeth's friend in Paris. Lea says to John that Elizabeth married and moved away. The passion starts to appear between John and Lea, when Lea's business partner Vittorio tells John another version of Elizabeth's fate.

Taglines:
On the trail of an old love, he found a dangerous new obsession.

Beautiful Blonde:
Who is Elizabeth?

dark dirge of a movie – and that's the good part


The original 9 1/2 weeks was a fun and sexy film that was full of life.
Another 9 1/2 Weeks is almost the exact opposite of the first film and
that's why so many fans of the first film were so unhappy with this
one. This ain't 9 1/2 Weeks. In this one the character of John is so
devastated by the loss of Elizabeth (his lover from the first film)
that in the opening moments he places a gun to his head. It doesn't get
any happier from there. A few scenes later he looks out his window and
sees a once beautiful horse being turned into a dead one. That pretty
much describes the state of John and of this sequel. It's a dark dirge
of a movie with none of the joy of the first film and that's the whole
point. We see John with sexual partners, including a prostitute he
tries to pretend is Elizabeth, but there's zero chemistry even with the
film's lead actress Angie Everhart. Elizabeth departure has left a void
in John's soul and few know the dark places of a man's soul like Mickey
Rourke. Just take a look at his performance in Angel Heart if you have
any doubts. This time Rourke's face has become so battered from boxing
that his appearance fits his character's emotional devastation
perfectly and this is underscored by the film's black and blue
cinematography. Rourke's John truly seems to be a man who has lost
everything as he wanders from the art galleries to the dark alleys of
Paris like a ghost searching for some glimpse of redemption. It's not a
pretty picture and it's not supposed to be. This is film about pain,
loss, and regret. It's a joyless purgatory of a film which works best
as a canvas for Rourke's haunting performance as the devastated John.
This is not 9 1/2 Weeks. This sequel is bleak, dark, and tragic. That's
what I like about it.