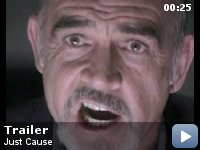 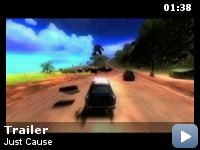 Bobby Earl is facing the electric chair for the murder of a young girl. Eight years after the crime he calls in Paul Armstrong…

Storyline
Bobby Earl is facing the electric chair for the murder of a young girl. Eight years after the crime he calls in Paul Armstrong, a professor of law, to help prove his innocence. Armstrong quickly uncovers some overlooked evidence to present to the local police, but they aren't interested – Bobby was their killer.

Taglines:
Buried deep in the Florida Everglades is a secret that can save an innocent man or let a killer kill again.

Audio/visual unsynchronized:
When Paul Armstrong goes to Tanny Brown's house and learns that the murdered girl was actually a friend of Brown's daughter, Tanny Brown comes home and angrily says, "I ought to have you locked up." However, his mouth is not moving at all when we hear the words.

Bobby Earl:
Hey, you want my money, you best start throwing some elbow into that, boy. A dollar fifty, that's two bits shy of a car wash.

Bobby Earl:
Oh man, now you must got me confused with some other idiot.

A Conservative Is A Liberal Who's Been Mugged


Just Cause takes some of the best parts of three films, Cape Fear, A
Touch of Evil and Silence of the Lambs and mixes it together to come up
with a good thriller of a film.

Sean Connery is a liberal law professor, married to a former Assistant
District Attorney, Kate Capshaw and he's a crusader against capital
punishment. Blair Underwood's grandmother Ruby Dee buttonholes Connery
at a conference and persuades him to handle her grandson's appeal. He's
sitting on death row for the murder of a young girl.

When Connery arrives in this rural Florida county he's up against a
tough sheriff played by Laurence Fishburne who's about as ruthless in
his crime solving as Orson Welles was in Touch of Evil.

Later on after Connery gets the verdict set aside with evidence he's
uncovered, he's feeling pretty good about himself. At that point the
film takes a decided turn from Touch of Evil to Cape Fear.

To say that all is not what it seems is to put it mildly. The cast
uniformly turns in some good performances. Special mention must be made
of Ed Harris who plays a Hannibal Lecter like serial killer on death
row with Underwood. He will make your skin crawl and he starts making
Connery rethink some of those comfortable liberal premises he's been
basing his convictions on. Many a confirmed liberal I've known has come
out thinking quite differently once they've become a crime victim.

Of course the reverse is equally true. Many a law and order
conservative if they ever get involved on the wrong end of the criminal
justice system wants to make real sure all his rights are indeed
guaranteed.

Criminal justice is not an end, but a process and a never ending one at
that for all society. I guess if Just Cause has a moral that would
probably be it.