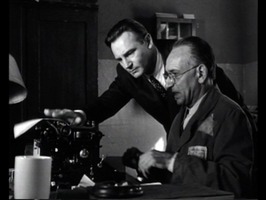 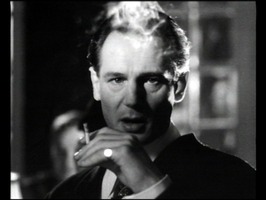 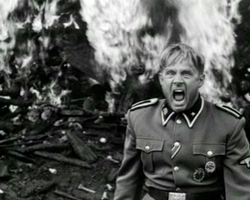 In Poland during World War II, Oskar Schindler gradually becomes concerned for his Jewish workforce after witnessing their persecution by the Nazis.

Storyline
Oskar Schindler is a vainglorious and greedy German businessman who becomes unlikely humanitarian amid the barbaric Nazi reign when he feels compelled to turn his factory into a refuge for Jews. Based on the true story of Oskar Schindler who managed to save about 1100 Jews from being gassed at the Auschwitz concentration camp. A testament for the good in all of us.

Taglines:
Whoever saves one life, saves the world entire.

Production designer Allan Starski's replica of the forced labor camp at Plaszow was one of the largest sets ever built in Poland. The movie set was constructed from the plans of the original camp. The production built 34 barracks and seven watchtowers and also recreated the road into the camp that was paved with Jewish tombstones.

Revealing mistakes:
When Goeth attempts to shoot the Rabbi for producing too few hinges, his semi-automatic pistol fails to fire. In order to re-cock the pistol, he racks the slide (pulls back the slide) several times. When the gun still fails to fire, he tries the same thing with a second semi-automatic pistol. Each time the slide is pulled back, we should see an unfired round being ejected from the gun, but this does not happen.

[a Hebrew prayer is chanted, followed by a flashback to 1940s Poland]

~One of the Greatest Films of All Time~


I know many of you, out there will disagree with me, when I say that
Schindler's List is one of the greatest film that there has ever been.
It does sound that I'm extremely overrating it, but I truly believe
that Schindler's List is up there with The Godfather and Citizen Kane I
mean everything about is so good, that its close to perfection.

The acting is brilliant, every actor does an amazing job. Liam Neeson
as Schindler is incredible, no doubt about it. He should of won an
Oscar for Best Actor. Ralph Fiennes is the one, who truly is the best
actor in the film. He plays his antagonist role as Amon Goeth, so well
that it is a travesty, he didn't win an Oscar for Best Supporting
Actor.

I'm happy though, that the Academy chose this film for Best Picture, it
was one of the best decisions they ever made. Because if this film
wasn't considered Best Picture by the Academy, I don't know which film
would be, expect maybe for The Godfather.

Steven Spielberg certainly deserved an Oscar for Best Director. It was
a smart idea for Steven Spielberg to make this film in black-white
because it made the movie more bleak, emotional, hopelessness. But you
see small patches of color — A candle and a child's coat bringing the
evilness of the tragedy into a agonizing focus.

There's no doubt about it, this film will be a classic in decades, even
hundreds of years to come in cinema. This film is without a doubt, the
Best film that Spielberg has ever made. With many other Steven
Spielberg's classics like Jurassic Park,Jaws,E.T, Raider of the Lost
Ark, Saving Private Ryan, etc. Schindler's List will always be Steven
Spielberg's most finest, important film. He blends his humanism to the
tragic horror of the Holocaust to create an emotional masterpiece.