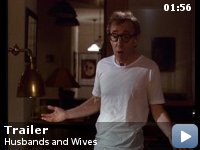 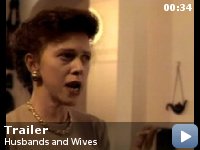 When their best friends announce that they're separating, a professor and his wife discover the faults in their marriage.

Storyline
When Jack and Sally announce that they're splitting up, this comes as a shock to their best friends Gabe and Judy. Maybe mostly because they also are drifting apart and are now being made aware of it. So while Jack and Sally try to go on and meet new people, the marriage of Gabe and Judy gets more and more strained, and they begin to find themselves being attracted to other people.

This was the 25,000th film to be granted a certificate from the British Board of Film Classification for its 1993 video release.

Continuity:
During Rain's birthday party, after the power goes out, Gabe and Rain are talking in Rain's kitchen. During their conversation, you can hear music from the party in the background. This would be impossible due to the fact that the power had just gone out and there was no indication that there was a live band playing.

TV Scientist:
[on TV]
Einstein was then celebrating, uh, the seventieth birthday anniversary and there was a colloquium given for him. And he said, "God doesn't play dice with the universe".

Gabe:
No. He just plays hide-and-seek.


This is one of Woody Allen's greatest films, but it took me two
viewings to fully appreciate it. I first saw it in 1992 at the theatre
upon its initial release with my then-girlfriend, when I was 30 and she
was 24; but this second time was in 2005 on home video, with me still
in the same relationship thirteen years later and married to this same
woman for ten of those; it really hit a nerve for me as a middle-aged
spouse. I'm not so sure it can appeal to every viewer, but I'd
wholeheartedly recommend it to older married couples everywhere.*

Allen's hard-hitting film dissects the long-term effects of being with
the same person for a long time: familiarity, infidelity, stagnation
and indifference. To drive the point home still further, the
photography is crudely rendered in a sometimes confusing hand-held
camera style which works wonders.

Allen's cast is excellent – beginning with the note-perfect Sydney
Pollack and strong-willed Judy Davis, who play a bored married couple
announcing a trial separation, shocking and convincing their friends
(Woody and wife Mia Farrow) to take a closer look at their own
vulnerable relationship. Juliette Lewis is once again a very good young
actress as a twenty-year-old student in Allen's writing class who
becomes infatuated with him and turns out to be his protégé. Liam
Neeson is strong as the new man Davis tries to reheat her romantic life
with. One of Woody Allen's best performances here too, where he's more
reserved and human — not as whiny or nerdy as we're so accustomed to
seeing him. Even better, he actually makes us more interested in the
other characters instead of himself.

The mature story is sometimes told in a candid documentary-like format,
where the participants alternately give their own perceptions as though
they're spilling their guts to a psychotherapist, and then ultimately
wind up expressing what they've learned from these experiences. I
happen to agree with the idea that a couple must learn to accept
imperfections in a marriage and work through them, together.*

Released at the height of the media controversy surrounding Allen and
his relationship with Mia Farrow's adopted daughter Soon-Yi, there may
well have been some similarities on display here.

*(EDITED UPDATE): Unfortunately, my wife and I divorced in 2010, after
us being together for 21 years (married for 16 of those). I'm now in a
new relationship and I suppose this experience will only serve to make
HUSBANDS AND WIVES even more effective on the next viewing.