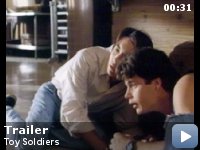 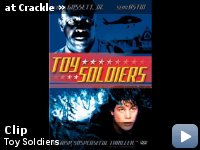 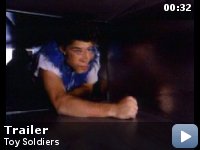 When terrorists sieze control of a boarding school, a group of trouble-making boys decide to resist them.

Storyline
Billy Tepper is the leader of a group of rebellious guys at The Regis School. He has already been expelled from three prominent private schools. His best friend, Joey Trotta, is the son of the Head of the New York Mafia; Billy, all their friends and many other kids at the school have equally influential and prominent, if more law-abiding, parents. When Luis Cali's father is put in jail, he heads for the Regis school to put theson of the judge in charge of the case under hostage, only to find he has been removed. However, once he realises who the parents of the rest are, he decides the entire student body of the Regis school would be an even better bargaining chip.

Taglines:
Misfits. Underachievers. Rebels. The boys of The Regis School have been kicked out of the best prep schools in America. Terrorists just took over the campus. Now years of bad behavior are about to pay off.

William 'Billy' Tepper, then lead character played by Sean Astin, is named after actor William Tepper, who starred in the Jack Nicholson-directed film,
Drive, He Said.

Continuity:
At the end of the film, Billy can be seen running over Montoya's shoulder, yet over Giles' shoulder, he's not there.

Derek 'Yogurt':
All right, all right. Very, very carefully take the red chip out of the receiver.

William "Billy" Tepper:
There is no red chip.

Derek 'Yogurt':
There must be.

Derek 'Yogurt':
That must be it then.

William "Billy" Tepper:
Well is it, or isn't it?

This is one of those movies that are very underrated. Again i am voting for
an underrated movie. This movie has a good story line, maybe a bit
farfetched but it could happen. Sean Astin(one of my favorite actors) again
shows us a good performance. The guy does a great job in acting but never
gets recognized for his roles. He has done well since the goonies. Not only
him but Louis Gosset JR. does a swell job. I thought maybe this movie would
have made more money in theaters but who cares about money anyways. All
around this is a good movie that will have you at the edge of your seat at
times and the plot will keep the movie moving itself. I enjoyed this movie
and hopefully the rest of you will as well.