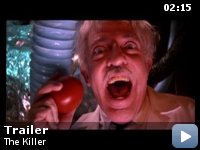 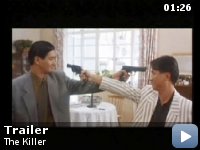 A disillusioned assassin accepts one last hit in hopes of using his earnings to restore vision to a singer he accidentally blinded, only to be double-crossed by his boss.

Storyline
A violent Hong Kong action film, this is the story of an assassin, Jeffrey Chow (aka Mickey Mouse) who takes one last job so he can retire and care for his girlfriend Jenny. When his employers betray him, he reluctantly joins forces with Inspector Lee (aka Dumbo), the cop who is pursuing him. Together, the new friends face the final confrontation of the gangsters out to kill them.

(as Shing Fui On)

Initially, Golden Princess did not want to make the movie, but Chow Yun-Fat (the studio's top star) insisted that it be made. Chow was also instrumental in bringing in Chu Kong. Chu had not performed in a movie since the 1970s and the studio was hesitant to use him, but he and Chow were good friends after having worked on some television shows together. Chow wanted Chu to play the part of Li, but Chu thought he was too old. Woo suggested that they bring in his friend Danny Lee, who at one time wanted to be a cop and had already made a name for himself playing both police officers and gangsters. Chow had previously worked with Lee on a small film in the early 1980's called The Executor (aka Killers Two) and Ringo Lam's gangster classic City on Fire, and agreed with Woo that he would be a perfect fit for the part of Li.

Continuity:
During the dragon boat festival, Jeffrey is wearing sunglasses, but the POV shots when he looks into the scope of his rifle do not take account of this.

Joe (Cantonese)/Jeffrey (English):
They aren't just gonna let me walk out. I have no future! Can't you see that? Walk out and tell 'em you're a cop; see what happens to you! You think that'll make any difference?

John Woo is the master

Before seeing a genuine Hong-Kong produced John Woo movie, I thought I
knew
what action was, and what the action-movie genre was capable of. I was
wrong. The Killer was the single most impressive, awe-inspiring,
jaw-dropping action movie I had seen in years, and is now one of my
favourite movies of any genre. It is #2 on my all-time
list.


Why? First of all, the well-known poetic violence of the super-charged
action scenes make for a tremendously exciting film. These combine
choreographed bloodshed (there is an almost constant stream of bullets)
with
raw emotion that puts even the best Hollywood actioners to shame. Look at
Hollywood action movies today; almost all Hollywood action is inspired
(not
to mention plagiarised) from the "heroic bloodshed films," the best of
which
is The Killer.

Quentin Tarantino and Robert Rodriguez are only the most obvious examples
of
American directors to put Woo's trademark stylized violence to use, and
neither handle it as well as Woo.

But beyond this, the characters and the story are what drive this movie
and
what truly set it apart. The story of the relentless cop and the vicious
killer is only the latest in a long line of detective stories, starting
with
Arthur Conan Doyle and Edgar Allan Poe in the 19th century, and continuing
in every cop show on TV today. The hero and the villain are practically
the
same; they are only divided by an almost arbitrary line called the law. In
The Killer, both "Mickey Mouse" and "Dumbo" are unrelenting, capable,
though
misunderstood, professionals. Their motivations differ, but they both have
the killer instinct. The classic storyline of the interaction of the two
characters who eventually realize their similarities and end up working
together has been seen before, but never has it been used to such effect
as
in The Killer.

Woo's familiar themes of brotherhood, betrayal and loyalty also reach
their
cinematic peak in this movie. The viewer not only wants to see the next
pyrotechnic action scene, but is actually concerned with the lives of the
characters, an element that is almost always lacking in typical Hollywood
fare.

Finally, the gun-battle scenes, when they come, are simply the most
spectacular, mind-blowingly violent, yet strangely beautiful, action
scenes
ever imagined or filmed. And last but not least, is the unbelievably
powerful screen presence of Chow Yun-Fat, as always cool incarnate. His
effortless lead and the tension created by his playing off of co-star
Danny
Lee make The Killer as close as I have yet seen to the perfect action
movie.
I recommend it to any hard-core action fan and also suggest Hard-Boiled,
though Woo's American efforts thus far have not been up to his Hong Kong
works.