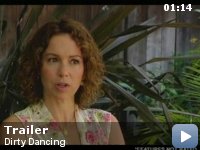 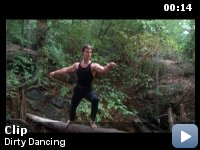 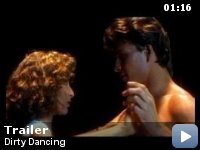 Spending the summer in a holiday camp with her family, Frances ('Baby') falls in love with the camp's dancing teacher.

Storyline
In the 1960s, Frances "Baby" Houseman, a sweet daddy's girl, goes with her family to a resort in upstate New York's Catskill Mountains. Baby has grown up in privileged surroundings and all expect her to go on to college, join the Peace Corps and save the world before marrying a doctor, just like her father. Unexpectedly, Baby becomes infatuated with the camp's dance instructor, Johnny, a man whose background is vastly different from her own. Baby lies to her father to get money to pay for an illegal abortion for Johnny's dance partner. She then fills in as Johnny's dance partner and it is as he is teaching her the dance routine that they fall in love. It all comes apart when Johnny's friend falls seriously ill after her abortion and Baby gets her father, who saves the girl's life. He then learns what Baby has been up to, who with and worse – that he funded the illegal abortion…

Taglines:
Have The Time Of Your Life

Max Cantor played the role of Robbie Gould in the film. Max was the son of Broadway producer Arthur Cantor. They lived in the Dakota Apartments on West 72nd in NYC with John Lennon and other residents. Max attended Harvard University and died of a heroin overdose at the age of 32.

Continuity:
Johnny gets his pants dirty by sliding across the floor, yet they are clean in the next shot.

Radio disc jockey:
[on radio]
Hi, everybody, this is your Cousin Brucie. Whoa! Our summer romances are in full bloom, and everybody, but everybody's in love. So cousins, here's a great song from The Four Seasons.

Baby:
[voiceover]
That was the summer of 1963 – when everybody called me Baby, and it didn't occur to me to mind. That was before President Kennedy was shot, before the Beatles came, when I couldn't wait to join the Peace Corps, and I thought I'd never find a guy as great as my dad. That was the summer we went to Kellerman's.

Some kind of wonderful


I don't really know what it is about Dirty Dancing.. there is some sort
of absolute magic in this movie.. I cannot possibly recount the
hundreds (yes, hundreds)of times I've watched it, beginning to end…
but every time I do come upon it on TV, I am entranced and mystified
and sit myself down and there I am, for two hours, loving the movie as
if I'm watching it for the first time. Although Patrick Swayze and
Jennifer Grey absolutely hated each other throughout the making of this
film, they possess a beautiful chemistry on the set.. it makes the
viewer enjoy it that much more, to see this passion and commitment..
and I can't help tearing up a tiny bit at the end, when Patrick comes
up to the Houseman family and tells her dad, "Nobody puts Baby in a
corner". (classic moment) For all those people who believe this movie
is corny and sappy, maybe in a way it is, but it was the penicle of the
80's films, and put Patrick Swayze right on the map; his performance
was immaculate.

Ps- The soundtrack is fantastic, an absolute masterpiece