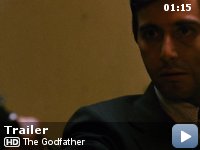 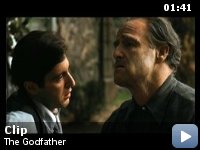 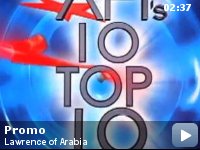 The aging patriarch of an organized crime dynasty transfers control of his clandestine empire to his reluctant son.

Storyline
The story begins as "Don" Vito Corleone, the head of a New York Mafia "family", oversees his daughter's wedding. His beloved son Michael has just come home from the war, but does not intend to become part of his father's business. Through Michael's life the nature of the family business becomes clear. The business of the family is just like the head of the family, kind and benevolent to those who give respect, but given to ruthless violence whenever anything stands against the good of the family. Don Vito lives his life in the way of the old country, but times are changing and some don't want to follow the old ways and look out for community and "family". An up and coming rival of the Corleone family wants to start selling drugs in New York, and needs the Don's influence to further his plan. The clash of the Don's fading old world values and the new ways will demand a terrible price…

Taglines:
An offer you can't refuse.

The cat held by Marlon Brando in the opening scene was a stray the actor found while on the lot at Paramount, and was not originally called for in the script. So content was the cat that its purring muffled some of Brando's dialogue, and, as a result, most of his lines had to be looped.

Continuity:
In the wedding scene, immediately after Kay Adams meets Tom Hagen, the cigarette in her hand disappears and then reappears.

Bonasera:
I believe in America. America has made my fortune. And I raised my daughter in the American fashion. I gave her freedom but I taught her never to dishonor her family. She found a "boy friend," not an Italian. She went to the movies with him. She stayed out late. I didn't protest. Two months ago he took her for a drive, with another boy friend. They made her drink whiskey and then they tried to take advantage of her. She resisted. She kept her honor. So they beat her. Like an animal. When I went to the hospital her nose was broken. Her jaw was shattered, held together by wire. She couldn't even weep because of the pain. But I wept. Why did I weep? She was the light of my life. A beautiful girl. Now she will never be beautiful again.
[He breaks down at this point, and the Don gestures to his son to get him a drink]

Bonasera:
Sorry…
[He regains his composure and carries on]

Bonasera:
I went to the police, like a good American. These two boys were brought to trial. The judge sentenced them to three years in prison, and suspended the sentence. Suspended sentence! They went free that very day! I stood in the courtroom like a fool, and those two bastards, they smiled at me. Then I said to my wife, "For justice, we must go to Don Corleone."

Don Corleone:
Why did you go to the police? Why didn't you come to me first?

Bonasera:
What do you want of me? Tell me anything. But do what I beg you to do.

Don Corleone:
What is that?
[Bonasera gets up from his seat and whispers into the Don's ear; for a long moment the Don is silent]

"The Godfather" is pretty much flawless, and one of the greatest films ever made


Rather than concentrating on everything that is great about The
Godfather, a much easier way for me to judge its quality is on what is
bad about it. Almost every film has something that I don't like about
it, but I can honestly say that I wouldn't change anything about The
Godfather. There is nothing weak about it and nothing that stands out
as bad. That's why it gets ten out of ten.

This is one of those films that made me wonder why I hadn't seen it
earlier. The acting from everyone involved is great, Marlon Brando
comes across perfectly as the head of the family, and James Caan and Al
Pacino are excellent as his sons. The soundtrack by Nino Rota is also
very memorable, bringing back memories of the film every time I hear
it. The plot has to be excellent for it to get ten out of ten, and it
is, it's far from predictable and the film is the definition of a great
epic.

The film is pretty shocking in the way every death occurs almost
instantaneously, and as it spans ten years so many different things
happen and every minute of it is great entertainment. It's a well-made
and entertaining film that is only the first part of a trilogy, but it
stands on its own as a wonderful film in its own right. If you haven't
seen it, what are you waiting for? This was one acclaimed film that
didn't disappoint.