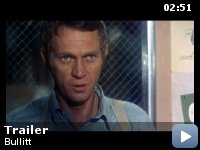 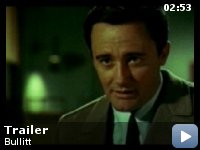 An all guts, no glory San Francisco cop becomes determined to find the underworld kingpin that killed the witness in his protection.

Storyline
High profile San Francisco Police Lieutenant Frank Bullitt is asked personally by ambitious Walter Chalmers, who is in town to hold a US Senate subcommittee hearing on organized crime, to guard Johnny Ross, a Chicago based mobster who is about to turn evidence against the organization at the hearing. Chalmers wants Ross' safety at all cost, or else Bullitt will pay the consequences. Bullitt and his team of Sergeant Delgetti and Detective Carl Stanton have Ross in protective custody for 48 hours over the weekend until Ross provides his testimony that upcoming Monday. Bullitt's immediate superior, Captain Bennet, gives Bullitt full authority to lead the case, no questions asked for any move Bullitt makes. When an incident occurs early during their watch, Bullitt is certain that Ross and/or Chalmers are not telling them the full story to protect Ross properly. Without telling Bennet or an incensed Chalmers…

Taglines:
There are bad cops and there are good cops – and then there's Bullitt.

The holster worn by Steve McQueen was later put into production by Safariland leather company and is still in the line. It is known as the Klipspringer Shoulder holster.

Bullitt:
[revealing Johnny Ross' death]
I've got him downstairs, under a John Doe.

Baker:
[stunned]
You are sick. Smuggling a dead man out of a hospital, and now two men killed who may have had nothing to do with it?

Bullitt:
The man I was chasing killed Ross.

Captain Bennett:
How do you know? Did you see him?

Bullitt:
Yes. He tried to nail me with a shotgun, a Winchester pump.

Baker:
The radio report said the two men were burned beyond recognition. Now all he's got are two dead men. It would never hold up in court.

Modern directors should take note of the style.


What a change of pace this movie is as compared with its genre today.
I'm no old fogey but would that modern directors become smart enough
take several pages from its book.

The Bullit character is a precursor of Dirty Harry but a bit more
cerebral. Stylistically, the director sets the stage beautifully for
McQueen's Bullit. The movie has a European feel (director Peter Yates
is a Brit) and achieves its dark mood through quiet understatement. The
musical score for instance. Today, music is overly used, overly loud
and manipulative. (i.e. in case you are not moved by this scene, here
are a division of amplified violins to remind you to weep). In 'Bullit'
the music is sparingly used and doesn't intrude at all. It complements
the directorial style without setting the agenda.

The feeling of reserved naturalism is achieved through editing and
dialogue. There really aren't very many lines in the movie and when
characters do speak they are very succinct. Notice the last 15-20
minutes of the movie, most of which takes place at the airport. Hardly
a line in it. There is none of the chattiness so prevalent today
(especially post "Pulp Fiction") which is so tedious (unless the script
is tip-top, which is rare).

Editing is, perhaps, its greatest strong point. The many long edits
deserve equal credit with the dialogue in setting the low-key mood. The
cinema verite dialogue of the airport scenes (and, say, the scene where
McQueen and Don Gordon search the trunk) combined with the long cuts
add greatly to understated feel while adding realism.

And the performances are top notch. The spare script helps McQueen
shine since the taciturn moodiness fits his persona to a tee. There are
very fine performances from all of the supporting cast, from Don Gordon
to Bisset to Fell to Duvall to Oakland. This is a great movie for
watching faces. Note the expressions of the hit men during the chase
scene (just another example of this movie letting the little touches
speak volumes).

The chase scene certainly deserves its billing as one of the best in
movie history. Recently, 'The Transporter' was lauded for its opening
chase sequence. The one in 'Bullit' is a marvel compared. In 'The
Transporter' sequence I'm not sure there is a cut that lasts more than
three seconds. In 'Bullit' it is again the editing which sets it apart
here. The long edits give you the feel of acceleration and
deceleration, of tire smoke and gears, of wind and the roller coaster
San Francisco streets. You are given the time to place yourself in the
frame. In short, 'Bullit' uses real craftsmanship. Films like 'The
Transporter' use hundreds of quick edits to mimic the danger and
immediacy of 'Bullit' but it comes across as hot air, confusion instead
of clarity. The two scenes are perfect set pieces of easy (and hollow)
Mtv-style flash versus real directorial substance.